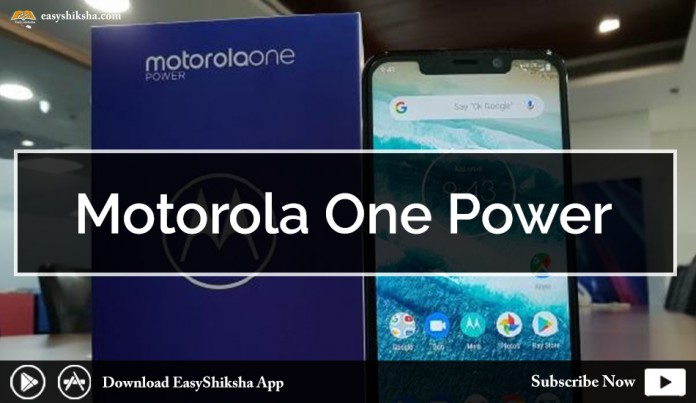 Motorola has promised up to two days of battery life. The company has included a 15W turbocharger in the box, which apparently gives you six hours of power with 15 minutes of charging. The smartphone runs a 1.8GHz Snapdragon 636 processor. It has two SIM card slots and a dedicated SD card slot. This smartphone’s dual rear camera setup has a 16-megapixel primary sensor with f/1.8 aperture and the secondary 5-megapixel rear camera has f/2.2 aperture. The Motorola One Power also supports 4K video recording. The Motorola One Power has a 12-megapixel front camera.

Motorola One Power was first launched at IFA 2018 in Berlin and we did get our hands on the device at the event. The Motorola One Power has a large 6.2-inch display with a notch, giving it a 19:9 screen to body ratio. It also has a rather large 5000mAh battery, which could translate to good battery life. Whether the smartphone succeeds in India depends on the pricing considering how competitive the market is in the country. Motorola One Power’s price in India will be revealed at the launch event, which will begin shortly.