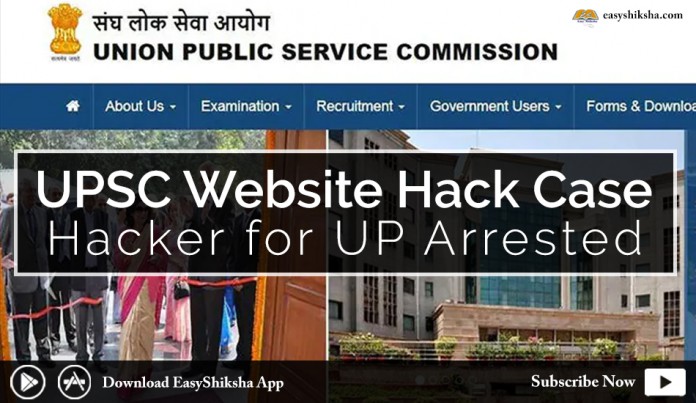 On September 10, when the UPSC website was hacked, Delhi police have put its special cell into the case to arrest the culprit. The website was displaying the image of the cartoon character ‘Doremon’ with a Gun and the caption on the image was “Doremon!!!!!!! Pick up the Call” with a heart sign on the image.

Police said the boy, who is from Uttar Pradesh, is pursuing a technical course from a central university in Delhi and lives in a rented house. UPSC Website His father, a businessman who is currently abroad, has been informed about the incident. “The boy told police, in front of counsellors, that he recently learned hacking from the internet. He had been trying to hack several government websites for the last three weeks, but failed. Ultimately, he found the commission’s website was vulnerable and hacked it,” said a senior police officer, privy to the investigation.

The page also had “I.M. STEWPEED” written at the bottom. The title track of the Japanese cartoon played in the background.

The purpose of becoming a big hacker

In the inquiry, the accused revealed that he had once seen a video of hacking on YouTube and after that he enrolled in Information Technology. He wants to be a big hacker. At the same time, the special cell involved in the investigation is investigating the accused’s laptop and mobile cyber experts. Its purpose is to know that it was connected to the hackers and used to work for the hacking group.