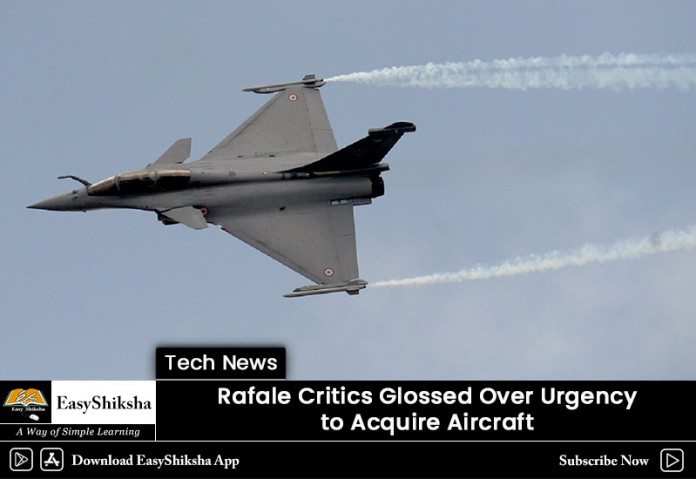 Recently, when Air Chief Marshal BS Dhanoa stated that politics over defense acquisitions harmed the preparedness of India’s forces, he was possibly expressing distress shared with the three solutions. As expected, his stout defense of the Rafale bargain wasn’t relished in certain political circles. The concern of the Chief of the Air Staff can be easily understood by anyone who has a glimpse of the defense acquisitions of the last two decades.

The previous set of fighter aircraft of some class that India acquired in recent memory has been that the SU-30, largely fabricated from the Hindustan Aeronautics Limited NSE -0.59 % (HAL) under license from the Russian authorities. However, the delivery of these aircraft, which started at the turn of the century, is far behind schedule. Apart from the SU-30, the air pressure is heavily dependent on the ageing fleet of MiG-21s, Jaguars and Mirage 2000s that need to be decommissioned in the coming years, leading to significant depletion of our fighter squadrons.

The very first decision to buy the Medium Multi-Role Combat Aircraft (MMRCA) was created nearly 17 decades before, but the initial Rafale aircraft is scheduled to fly into India just in October 2019. Despite these facts on record, the critics of this Rafale deal have conveniently glossed over the urgency to acquire aircraft to counter the build-up of air power by China. The timely decision of the NDA government to order two squadrons of Rafale fighters through an intergovernmental process to bolster India’s defense preparedness was questioned. The procedure followed in the procurement

procedure has withstood the scrutiny of the apex court, which also ruled that the plea of the petitioners to initiate an investigation didn’t have merit. The critics of the agreement are clamoring to get a JPC (joint Communist Party) bypassing the PAC (public accounts), the appropriate forum for scrutinizing the CAG (Comptroller and Auditor General) report that would definitely take care of the pricing of this fighter jets.

A system of pre-audit with a team comprising representatives of the CAG and CVC and independent experts of proven integrity prior to signing any significant contract might be a way out and this needs consideration of this authorities.

It is therefore imperative that we isolate defense and national security issues by the rough and tumble of political games. They aren’t matters that should be discussed publicly in the streets or subjected to the glare and searing heat of networking discussions. It hurts the country and demoralizes the armed forces. The costs could be too large for the nation to bear. It should be the government’s endeavor to evolve a judicious system of discreetly examining defense and domestic security issues should there appear strong reasons to reopen any dilemma on solid evidence and not based on shallow perceptions. In a maturing democracy such as ours, it is about time the state evolved a consensus on a code of conduct responsible politics.