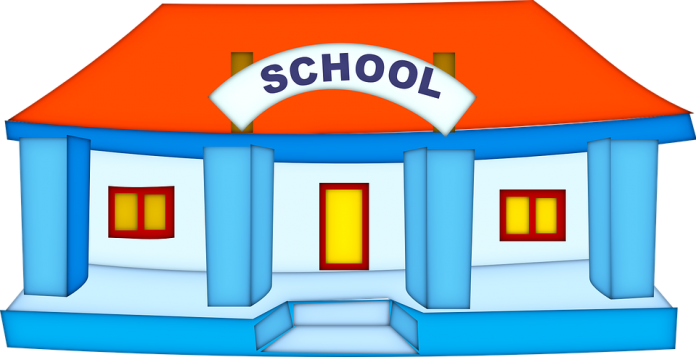 The modern age children are gearing up to become adult citizens of tomorrow. The growth is parallel to the future of our country, reflected through quality of the present education system. The main objective of schools is to stimulate curiosity in young, impressionable mind and equip them with tools to be a better human being.

It is of common outlook that the learning process is instrumental in shaping one’s personality and the way he/she deals with situations of life. The shift of thoughts from bookish knowledge to knowledge of life, in schools, has brought forth a sea of change. People have warmed up to the idea of education being the key to a well-rounded development instead of just a mean to acquire degrees and monetary success in life. They facilitate us in cultivate our thought process and awaken our cognitive abilities. In the present competitive world, education has become a necessity for human beings after food, clothe and shelter, making young minds intuitive beyond their age.

Education moulds the following aspects, which are important factors as we go into adulthood.

School is the foremost fountain of knowledge children are exposed to. It gives a chance for them to acquire knowledge on various fields of education such as people, literature, history, mathematics, politics, and other numerous subjects. This contributes to cultivation in the thought process. When one is exposed to the influences coming from various cultural sources, his/her on world and existence becomes vast.

School is the first avenue of socialising for a child. Up till then, parents and immediate family members were the only human interaction a child was familiar to. And familiarity is a breeding ground of stagnancy. With schools, children are exposed, not only,to new ideas but also to same aged compatriots. This instils sociable practices such as empathy, friendship, participation, assistance which turn out to be important in their adulthood.

A child, after conception, goes through various physical development. While home provides a restricted outlet, in school, a child can channelize his energy into more sociable avenue. It is noted in studies that while, in familiar environment, the child is in equipped to deal with sudden bursts of energy, learns to be at his/her best behaviour when exposed to same-aged individual. Plus, familiarity leads to taking advantage of situations, while in school, the playing field is levelled. Also presence of activities such as sports, craft help them concentrate their boundless energies into something productive.

Earlier, schools were considered as places to learn events in history chapter, solve tough mathematical problems or recite poems and sonnets! In current educational scenario, a child learns to go beyond the traditional way of rote learning. They are taught to develop a mind of their own and through the flexible curriculum, curiosity is promoted. The child the freed of the shackles of mental blocks and let’s his/her imagination run its course. Importance of imagination is stressed upon, extensively. With play enactions and an encompassing curriculum leads to a well-developed cognitive system.

Life is also about learning, apart from living. While we can learn, to a certain extent from our parents, they tend to be unilateral and inclined towards the one who is imparting it. In school, we come across various such sources from whom we can imbibe immense knowledge, instrumental for our development. Hence school, is necessary for children to inculcate what we call “the workings of life”

Education forms the base of any society. It is responsible for the economic, social, and political growth and development of society in general. The thread of the growth of society depends upon the quality of education that is being imparted. And it is through schools, one gets exposed to such a development.