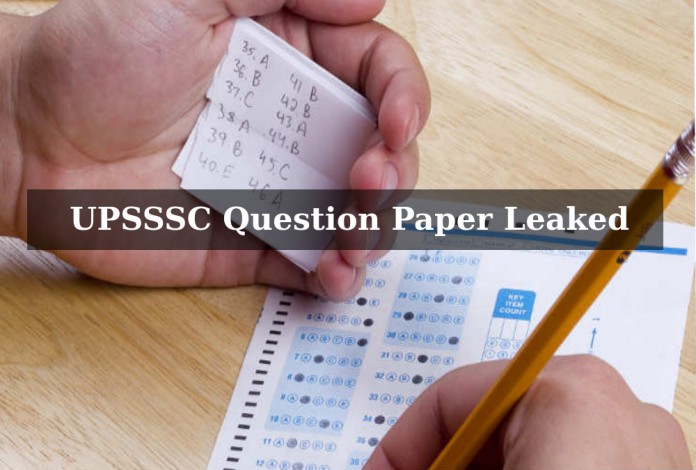 UPSSSC (Uttar Pradesh Subordinate Service Selection Board) question paper has leaked, due to this reason Recruitment examination for the Tubewell Operator has been delayed. The Hindi Paper of Tubewell Operator was leaked on the social media. Total of 11 people got arrested on the issue. The STF of Uttar Pradesh police found the connection of these 11 people to this incident.

The UPSSSC chairman CB Paliwal has directed officials to take stringent action against the agency which was responsible for printing the question paper. “We will be taking action against the agency who was given the responsibility for printing the question paper. We have sought an explanation from them about the paper leak,” Paliwal was quoted as saying.

Among the 11 arrested, a primary schoolteacher was also held, who, the police believes is the mastermind behind the paper leak.

The tubewell operators’ recruitment exam was scheduled to be held across 364 centres in the state on Sunday. Over 2.5 lakh candidates were to appear for the appointment to 3210 posts, said reports.

As soon as news of the exam cancellation started doing the rounds, candidates took to protests outside exam centres across the state.