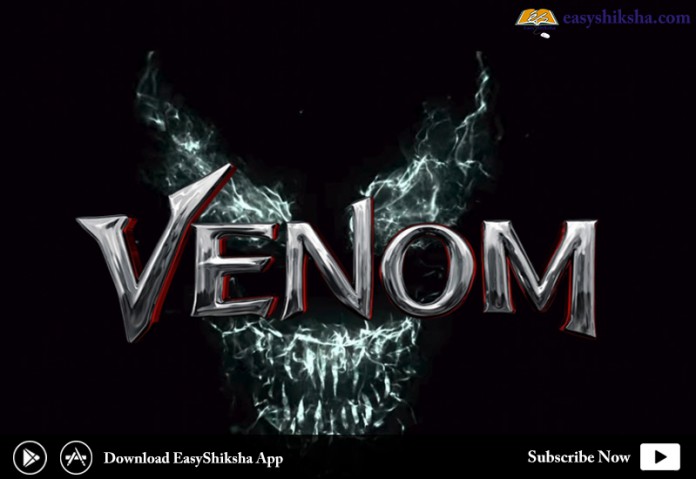 Sony took its time to bring the Venom Movie into the motion. Since the day it was introduced into the Spiderman 3 (one of worst Marvel movie from Sony) Sony was waiting to come up with a Solo on this anti-hero character. Yet again Sony failed to deliver what he promised. It looks like Sony is trying to build its own Marvel Universe. The movie have one good thing and that is Tom Hardy. He have justified the role better in every sense.

Hardy plays an investigative journalist named Eddie Brock, who covers the local beat in San Francisco. He hosts a show named after him for a network and has years of experience, but Brock is a terrible, unconvincing journalist. Tasked with doing a puff-piece with a genius, billionaire inventor named Carlton Drake (Riz Ahmed) who wants humans to live in space, Brock asks questions using confidential information he’s not supposed to have, which gets his lawyer fiancée Anne Weying (Michelle Williams) and himself fired, and she dumps him. It makes you wonder how someone as naive got so far into their career. For rest go check out the movie or wait for it to come on digital.

For one, Fleischer (Director of Venom) and his editors commit the same mistakes as dozens of other Hollywood filmmakers before them: Venom makes heavy use of quick and excessive cuts during its uninspired, generic action sequences, which eventually dissolves into incoherence by the time the final set-piece rolls around. And Sony ’s fear of the R-rating (the equivalent of ‘A’ in India) — it has been rated PG-13 (U/A in India) — there’s no blood or gore at all here despite Venom biting people’s heads off or repeatedly talking about eating organs. Fox committed to the adults-only rating for Logan and Deadpool, and the films benefited from that.

It’s unclear if Venom would even benefit from a less restrictive rating given its other problems. Plenty of superhero films, from The Dark Knight to Black Panther, have offered a mature take without being hindered by what they could show on screen. Fleischer is unable to transfer his Zombieland blend of horror and humour to Venom, which becomes an interesting allegory given the film is about a host and symbiote working together to figure out a balance that works for them both. Ultimately, Venom is neither here nor there, and its failure to be self-aware makes it feel like a movie from a different superhero era at times