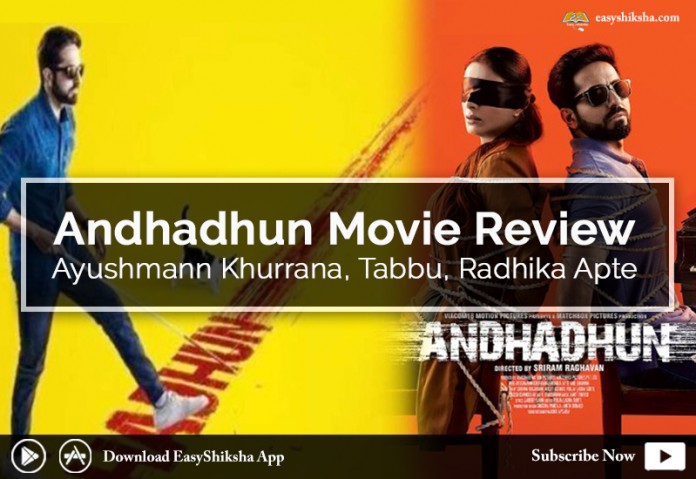 AndhaDhun unfolds primarily in three distinct spaces in Pune – a middle-class bachelor’s pad on Prabhat Road, an upscale Magarpatta City apartment of a former movie star, and a popular watering hole frequented by the well-heeled. Each of these locations has a grand piano. The instrument gives the film a lush soundscape all right but, in keeping with the spirit of the twisted tale, the sensations it triggers, underscores or accompanies are deliberately askew.

The plot, inspired by a duly acknowledged French short film, Olivier Treiner’s L’accordeur (The Piano Tuner, 2010), about a young musician who on a whim decides to act blind after failing to win the Bernstein Prize, rests on several acts that are either hard to fathom, if not outright inexplicable, or are unsettlingly abrupt: feigned blindness, a cold-blooded murder and cover-ups and conspiracies that go awry, among many other vicious instances of omission and commission.

The songs picturized on the genial man – the instrumental and vocal interludes are snatches from early 1970s movies starring Dhawan (Honeymoon, Piya Ka Ghar, Hawas, Annadata) – play a germane role in this spiffily scripted, superbly acted film. It serves up a cocktail of black humour, clever wordplay and a lively background score (composer Amit Trivedi also contributes a slew of original songs) to soften the shocks stemming from the actions of a bunch of cold, clinical, morally dodgy individuals grappling with life-threatening upheavals.