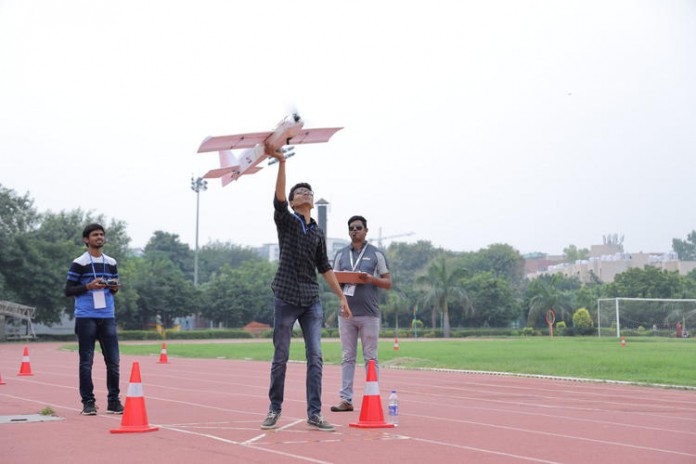 New Delhi, 24th September 2019: World’s largest and most prestigious robotics championship, Technoxian19 organised by All India Council for Robotics and Automation (AICRA) showcased various innovations on its inaugural day, now heading towards the second day on 24th September at Thyagraj Stadium, it witnessed many innovations and inventions being demonstrated by students from different universities, schools and colleges, from all over the world.

Technoxian19 is the only event of its kind that provide huge visibility to innovators through various competitions like Robo Soccer, Robo Race, Fastest Line Follower, RC Craft, Water Rocket, Micro Mouse Maze Solver, and maNew Delhi, 24th September 2019: World’s largest and most prestigious robotics championship, Technoxian19 organised by All India Council for Robotics and Automation (AICRA) showcased various innovations on its inaugural ny of them. The major attraction of the event is Robowar that is happening since 2014 only in India winners of which will receive trophies, certificates, and cash prices, etc on the award ceremony which will be on the third day of the event.

Hackathon an initiative by AICRA in collaboration with UI Path came up with ‘RPA Hackathon in Technoxian19. AICRA also presented Edutech- An Information technology education fair.

The main highlights perceived on the second day include the India First – Biztech Convention Launch which is a platform to bring up the supply side and demand side that is the business and technology from round the world on single platform to provide an opportunity to both of them in the field of innovation and technology. The Next Generation Robotics and AI Lab Launch is one of the major attraction for the day and It has already succeeded in setting up labs in 20 plus schools and targets to set up more than a thousand in school, colleges, and universities this year.

AICRA in partnership with DTF ventures launched Global Innovation center to help and facilitate young scientist, innovators and inventors for Schools, universities, and colleges across the country.

Building an ecosystem AICRA a not-for-profit organization is the apex body works for development of Robotics and AI sector Council for World Robotics Championship & Automation, setting up standards in Robotics & Automation and education industry as well as helping over 35,00+ members organizations and professionals to solve difficult technical problems, while enhancing their leadership and personal career capabilities.

Established in 2014 and ever since, AICRA’s relentless pursuit has been to constantly support the Robotics & Automation industry, providing support systems to institutions such as quality assurance, information systems and train-the-trainer (TTT) academies either directly or through partnerships. To strengthen supplementary skill development, AICRA focuses on fostering private sector led efforts that include both non-profit and for-profit initiatives with the goal of building models that are scalable.

AICRA is focused on building the architecture integral to the development of the automation sector through policy advocacy, and help in setting up the strategic direction for the sector to unleash its potential and dominate newer frontiers.

The executive board of AICRA is the senior governing body that’s composed of the President, President – elect Secretary, Vice President, Treasurer, 8 members with geographic, technical, and operational experience, the Parliamentarian (non-voting), and up to 5 at-large, competency-based members. The Executive Board works closely with the AICRA staff, made up of dozens of seasoned experts in areas like non-profit management, finance, event planning, marketing, training, publishing and more.