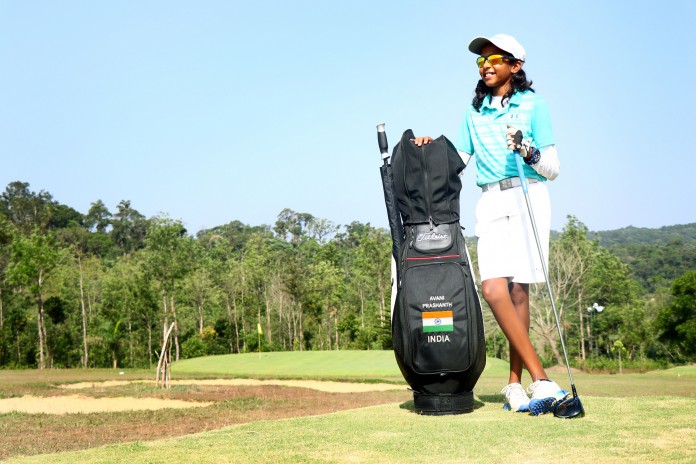 Bangalore, June 04, 2019: Avani Prashanth, a grade VII student of Greenwood High International School continues to dominate the C-category in the Indian Golf Union (IGU) Junior Girls Amateur Golf Championships. She has won IGU Jharkhand Ladies and Junior girls Golf Championship held recently at Golmuri Golf Club, Jamshedpur, by a huge margin of 24 strokes. She shot 220 (4 over par) over 3 days, which was the lowest score in the tournament across all age Categories. Avani also participated and finished Top 2 in the IGU Eastern India Ladies and Junior Girls Golf Championship held at Tollygunge Golf Club, Kolkata recently. She finished 2nd by 2 strokes after starting the final round with a 5 stroke deficit. The tournaments saw participation from 13 and 18 girls across India respectively.

Avani has won 5 of the last 7 IGU National Junior Golf Championships held across India in C-category (Girls 11-13) in the last 7 months while she had finished Top 2 and Top 3 in the other 2 tournaments.

Avani is now all set to participate in U.S Kids Golf World Championship at Pinehurst, North Carolina to be held in August 2019 and she wants to win the tournament to become the 1st Indian girl to do so. She already has 3 top 5 finishes in the last 5 editions of the tournament. She also wants to represent India at the 2024 Olympics and win a Gold medal for the country. Her dream is to become the No.1 Professional Golfer in the world and be an inspiration to girls to take up this wonderful game.