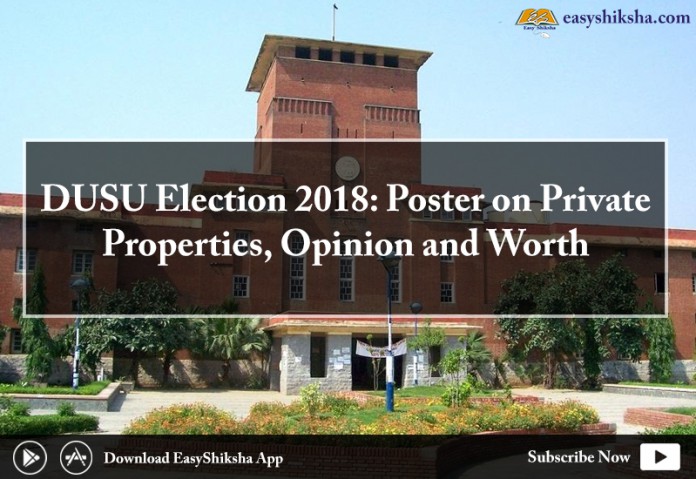 The Delhi University Students Union is the representative body of the students for most of the colleges and faculties. Besides this, each college has its own students union for which elections are held every year in the month of August-September. DUSU elections are one of the biggest in terms of the scale and intensity. It is one of the most vibrant and democratic election.

This gives ground to students who want to pursue their career in politics and social activism. In the past, several of the office bearers of Delhi University Students Union have gone on to hold public offices in State and Central Governments, no matter they are in ruling or opposition right now.

There have been times when some other political forces have entered the fray and had some impact, but then those have been more or less cases of aberration than any trend. This time around, too, the students’ arm of the Aam Aadmi Party (AAP), Chatra Yuva Sangharsh Samiti (CYSS), has entered the fray after a gap, albeit in alliance with the All India Students Association (AISA).

This is not the first time that AAP-sponsored CYSS has entered the polls. Soon after the party’s victory in 2015 assembly elections, they had independently contested all the four DUSU seats and, to the embarrassment of the party leadership, their efforts had come a cropper. DUSU During those polls, the AAP MLAs, ministers and office bearers had participated in the polls in a big way.

The order was a culmination of existing acts on defacement of public property. It considered the Metro Rail (Operations and Maintenance) Act 2002, a Central enactment which empowers police officers to register cases and take action against offenders who are likely to cause damage to metro properties. The order also considered the Prevention of Damage to Public Property Act, 1984, which prescribes imprisonment for a term which may extend to five years and with fine to whoever commits mischief by doing any act in respect to public property (it extends to the whole of India except the State of Jammu and Kashmir).