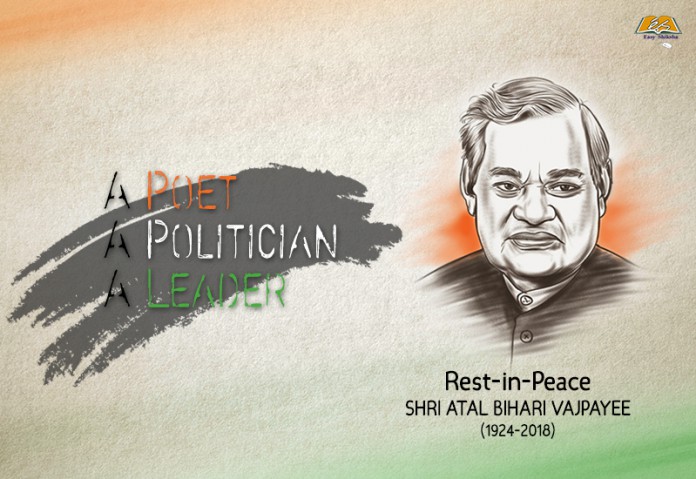 At the age of 93, on August 16 his soul was taken away from us, may he Rest in Peace in heaven. But as said it’s the body that dies not your name, your work or your memories. PM Atal Bihari Vajpayee’s He have led India to a greater success, a man with no heaters. Some people only know him for his work as politician but he was also a good poet. His poems were simple, his selection of words were extraordinary. Here let’s get a glance of some of his poem. 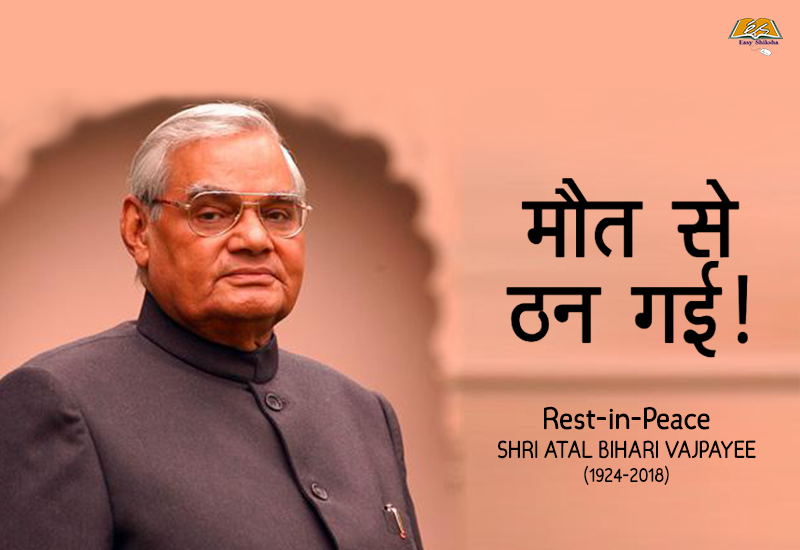 In his lifetime, Vajpayee penned hundreds of poems which found their way into collections such as Meri Ekyavan Kavitayein (My 51 poems) and Na Dainyam Na Palayanam (Neither self-pity nor escape). The books sold well. Within four years of its publication, Meri Ekyavan Kavitayein was in its 12th edition. And they were translated into various languages, including Bulgarian. One of his poems, ‘Kya khoya kya paaya’, was set to tune by Ghazal singer Jagjit Singh. Actor Shah Rukh Khan starred in the music video.