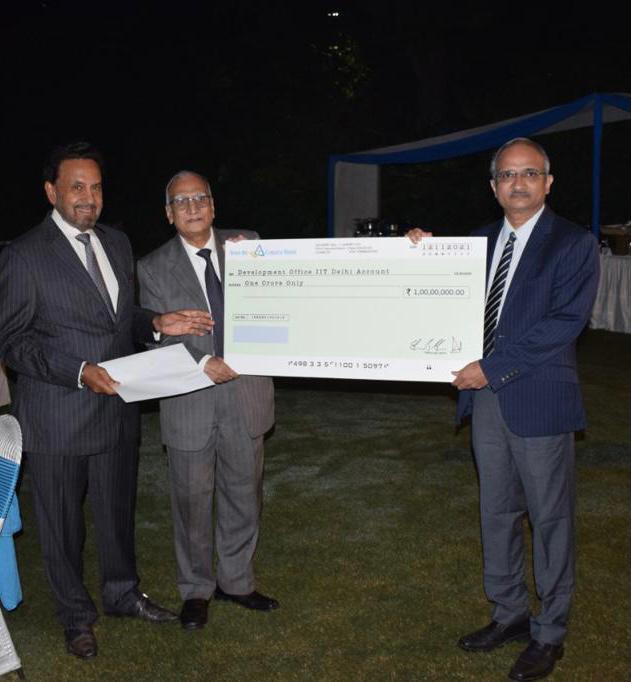 Amarjit Bakshi, Founder, Chairman & Managing Director of The Bakshi Group of Companies,Founder and an alumnus of IIT Delhi handed over another cheque of Rs 1 crore to IIT-Delhi for the institute’s Endowment fund. IIT Delhi established its Endowment Fund after Mr. Amarjit Bakshi contributed his initial payment of Rs. 1 crore in 2017. With this inspiration, Prof V Ramgopal Rao took the initiative to start the Endowment Fund for IIT Delhi.

IIT Delhi has an alumni population of 55,000, spread all over the world. Most alumni are very affluent and hold very prestigious positions in various industries. The institute is being funded by public money to the tune of Rs 550 crores per annum.

Mr. Amarjit Bakshi, said, “It is high time that the institute is independent of public funding and all its expenses should be met by the alumni through the Endowment Fund.” To initiate this, he started with an annual contribution of Rs 1 crore in 2017, with a promise to contribute Rs 10 crores to the fund. So far, he has already donated Rs 4 crores.

Mr. Bakshi believes that the act of Prof Rao inspired many alumni and people have started contributing. Recently, Mr. Anant Yardi, another distinguished alumnus of IIT donated USD 10 million. Mr. Amarjit Bakshi contributed his initial payment of Rs. 1 crore in 2017. With this inspiration,The institute is being funded by public money to the tune of Rs 550 crores per annum.

Prof V Ramgopal Rao, Director of IIT Delhi, said, “IIT Delhi takes pride in its world-class faculty and alumni who have distinguished themselves in various walks of life. It is gratifying to see our alumni recognizing their Institute, its research, and development, and we thank Mr. Amarjit Bakshi for his generosity and support to his Alma Mater.”