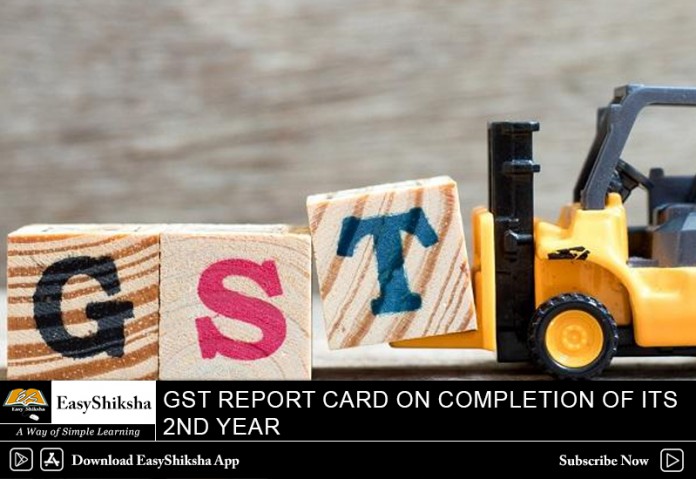 Gurugram: On July 5th, the Goods and Service Tax (GST) will complete second-year of its implementation in the country. The early day’s jitter of this tax reform has given away to general acceptance in the country and has escalated confidence in various sectors. Like every sector, the realty segment has experienced certain heights with these tax reforms. The sector still seeks a number of issues that needs to address. Here’s how the past two years panned out.

The indirect tax system in India has replaced multiple taxes levied by the central and state governments. Initially, people associated with real estate were perplexed regarding the indirect tax, but slowly it has brought the much-required transparency and accountability in the working of the real estate fraternity.

In the earlier days of its implementation, the GST council had decided a 12% rate for properties under construction. However, the council in its 34th meeting has allowed developers, for under construction properties up to March 31, 2019, to choose between the old GST rates of 12% with ITC or opt new GST rate of 5% without ITC. While for affordable housing the GST shall be levied at an effective rate of 1% without ITC.

Talking about steps taken,  Santosh Agarwal, CFO, AlphaCorp  said,  “The introduction of Goods and Service Tax (GST) brought a positive impact in the Indian real estate sector. It has simplified the complicated tax regime by replacing the multiple taxes levied by the central and state governments. The recent announcement to choose either the old structure with ITC or to shift to a new 5% and 1% rates without ITC helped avoid operational hassles. The sector has adopted the new system of taxation as well as passed on the benefits to the end customer in a transparent manner.”

The GST council along with Government has brought in various changes. The sector seeks further changes like slashing GST rates on raw materials used for constructing homes. The lower GST rates on materials such as cement, glass, tiles, and marbles would bring down the overall construction cost of a unit, increasing the overall housing demand.

Talking about the changes required, Amir Husain, President- Sales & Marketing, Orris Infrastructure Pvt.“The implementation of GST has boosted the sentiments of the property buyers in the country and has brought transparency in every sector, including the real estate sector. The sector will boom further if the stamp duty could be brought under the purview of GST. The announcement would help the property buyers to take the property decision and it would also increase sell in the real estate sector. Also, the government is leaving no stone unturned to make this tax reform more effective.”

The GST implementation has changed the dynamics of the real estate sector; it has given buyers the confidence to invest their money safely in properties, with a number of changes required to be made.