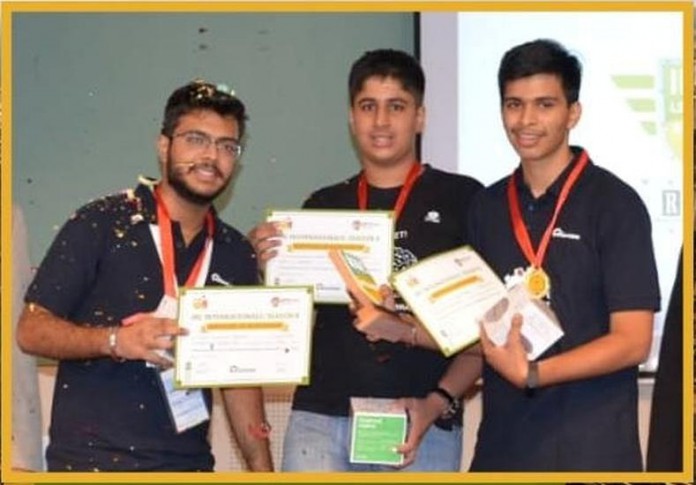 Mrs. Arpita Acharya, Vice Principal, Blue Bells Public School, extended her hearitiest felicitations to the Robotics Team for this emphatic win at the international version of the Competition. She says, “ What lies ahead and what lies after are less important than what lies within us, because all innovation and creativity is a divinely reflection of the powers of the mind. Everything  can  be achieved in life by exploring the inherent powers and then mustering the courage to unravel them. Real education  is thus not just the knowledge .On the contrary,  it is an empowerment of the mind  to ‘create, increate and re-create’ .  All innovations are an outcome of man’s this inherent desire to excel. This is what Avish has proved by his magnificent performance and achievement.“

IRC League is considered a beehive of technological advancement in the world aiming to celebrate Science, Technology, Engineering and Mathematics (STEM) and make innovation an area of passion for the young minds of the developing world. It further intends to capture the attention of young innovators by giving them problems and challenges that not only stretch their imagination but also are burning issues.

It was yet another historic moment, a hat trick achievement for the Blue Bells Public School to clinch the First Position and Winners Trophy in the Senior Category at the international version of the game at BITS Pilani Capmus , Dubai in 2018. Earlier school Robotics Team have lifted the Winners Trophy in IRC 2015 at Washington and 2016 at Singapore.

The teams competed for the topnotch position and renowned schools of India like The Shriram School, Aravali Campus, Blue Bells School, Gurgaon, SMS, Janakpuri, Indus World School, Indore, Jayshree Periwal High School were just some of the schools participating in the competition.