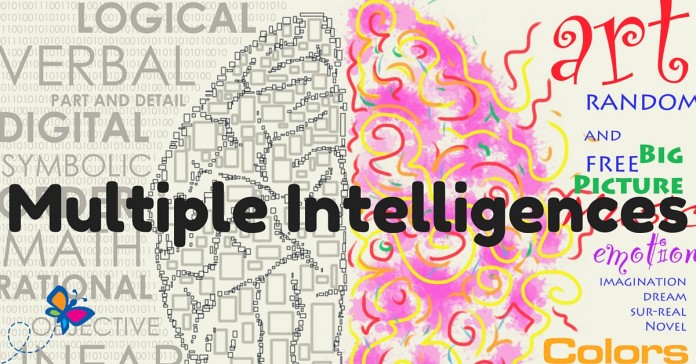 The evolution of mankind holds testament to how far intelligence has come from its humble beginnings of scriptures to leveraging technology in gaining traction. Presently, new extensions of intelligence have gained recognition, drastically enhancing the evaluation and implementation of human competencies. Undoubtedly, in the coming decades, education and learning will become more constructive and immersive than it is today. Modern thought leaders have come up with various new theories, amongst which Multiple Intelligences is said to be in promising phases of altering academia.

Developed by Howard Gardner, Multiple Intelligences considers intellectual ability on a further broader scale; it brings to light eight human intelligences, instead of the standard two intelligences – verbal-linguistic and logical-mathematical intelligences, which have largely dominated traditional pedagogies. They are:

This particular program comes with great benefits as teachers of various curriculums wax eloquent praises on the method. The reasons for the academic and behavioural progress of the program appear to be twofold- First, every student is being provided an opportunity to specialize and excel in at least one area. Secondly, students learn the subject matter in a variety of methods, significantly extending chances of successfully understanding, in turn retaining that information. In fact, majority of the student needs are met through this program- their intellectual needs are whetted by constantly being challenged, leading to constant acclimatization of their creativity. At the same time, their emotional needs are quenched through working closely with peers, developing diverse strengths, and understand themselves better as individuals. Here are a few salient ways where students fulfill their intellectual needs through multiple intelligence-

When the focus of education shifts to learning rather than teaching, students enjoy their lessons and view the world with unique pair of eyes. Such innovative methods are set to usher in a new phase of education, where the kernel of learning would lie on awakening one’s inner abilities.

The article is contributed by Manbir Singh Bedi – Founder, Primary Plus.