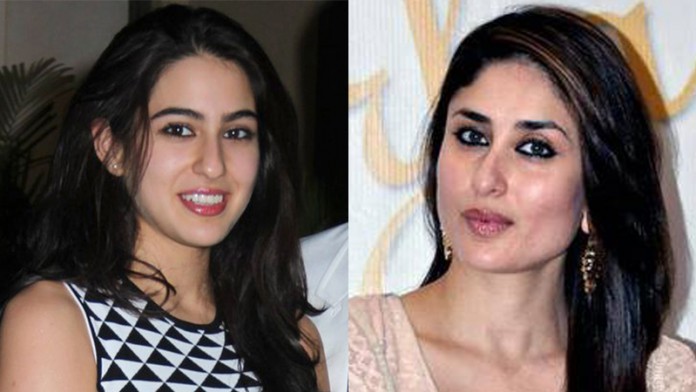 On December 7, Sara Ali Khan will fi nally live out a dream she’s been nurturing since she was four. With her debut fi lm, Abhishek Kapoor’s with Sushant Singh Rajput around the corner, daddy Saif Ali Khan reveled to Karan Johar on his chat show. Pointing to his fi rstborn, the actor informed that Sara had accompanied him on a world tour and during a concert in, when Aishwariya Rai was on stage, he noticed her sitting on the fl oor, peeping through the curtain, watching Ash’s act and the crowd’s reaction, mesmerised. She looked up at him and announced, “This is what I want to do. This is my world, this is where I want to be!” It’s been two decades, but Sara hasn’t changed her mind.

More secrets came tumbling out during this episode of Koffee With Karan which airs on Star World. Saif went on to confide that on the day of the wedding to Kareena Kapoor, he wrote a letter to his ex-wife Amrita Singh stating that both were starting new chapters in their lives and he wished her well. But before he sent it across, the gentlemanly actor ran this note by his soon-to-be bride. Kareena read it and was extremely supportive of the gesture, urging him to send it across.

Recalling this special day in her father’s life, Sara admitted that she had coped well with the changing dynamics within her family because both her parents made it easy for her. The debuante informed that was already attending her father’s wedding, when she learnt about this note that Saif sent her mother and it made her really happy and want to be there for him even more.

She was quick to add that it was Amrita who had dressed her up for her the D-day and asked her to be by her father’s side during this important time. Upon hearing this, Karan called them “the quintessential, beautiful modern family”.