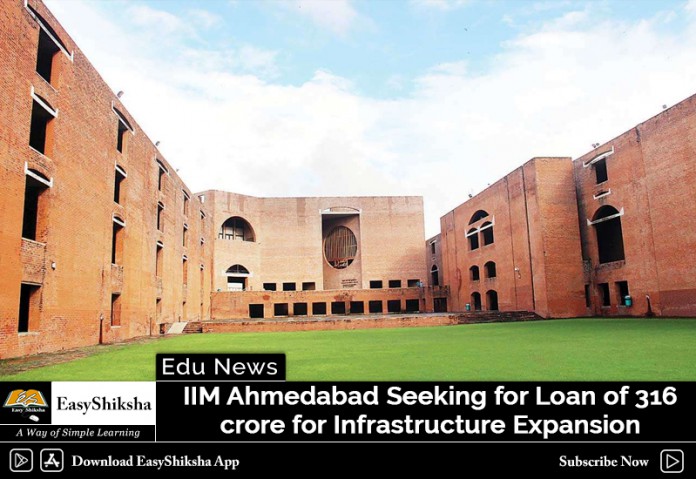 IIM Ahmedabad is looking for a loan of 316 crore for the expansion its infrastructure for 380 students. Indian Institute of Management (IIM)-Ahmedabad authorities have chalked out a plan to have separate housing facility for teachers, students and staff, a new academic complex and a state-of-the-art sports complex and sports field. These will be part of their proposed 10 lakh square feet of academic and support facilities, according to Indian Express report. IIM-A has sought a loan of Rs 316 crore from the Higher Education Funding Agency (HEFA) for this mega plan of expanding the infrastructure to accommodate 380 more students, the IE report says.

HEFA was set up by the government as a Section 8 company — one with charitable objectives — last year to mobilise funds from the market and offer 10-year loans to centrally-funded institutes (CFIs). According to a Union Budget announcement this year, all financing in future will be done through this agency for infrastructure development at CFIs. HEFA has so far approved loans worth over Rs 10,000 crore and almost all of it is meant for IITs and NITs. While IIT-Bombay has secured a loan of Rs 520 crore, IIT-Delhi got Rs 200 crore sanctioned. IIT-Kanpur’s loan is worth Rs 359 crore and IIT Kharagpur’s Rs 520 crore.

Justifying the institute’s request for Rs 326 crore, IIM-A director Erol D’Souza wrote to the HRD Ministry in May, saying, “In order to meet the growing need for well-trained and skilled professionals in various fields of management in India and abroad, IIM-A intends to expand the portfolio of programmes and also increase the intake of students in each programme. However, the institute feels constrained in doing so due to shortage of academic and allied infrastructure.”

Both IIMA and its programmes have been consistently ranked highly in several international rankings and also by a number of national agencies. In 2008, IIMA became the first management school in the country to be awarded EQUIS (European Quality Improvement System) accreditation by the EFMD (European Foundation for Management Development), as per the website of IIM-Ahmedabad.

At present, IIM-A offers six programmes. Over 1,000 students reside on its campus spread over 103 acres. The current infrastructure of the institute is 50 years old. The funds if granted will be used to finance its restoration, conservation and upgradation, D’Souza stated in the letter.