Additional Commissioner, Mr. Rahul Prakash said, “NirbhayaSqaud is a task force which was deployed to offer safety and security to women in Jaipur. The members of NirbhayaSqaud were first appointed as a part of Jaipur Police in usual civil dresses to get first-hand experience of women passengers travelling in Jaipur buses. These members would be fully equipped with wireless sets and posed as civilians. However, the members would alert the control room if any person would trouble women or touch them inappropriately and detain him immediately.”

Additional Commissioner, Mr. Rahul Prakash further acknowledged the efforts of the Nirbhaya Squad which was working on ground during COVID-19. He said, “The NirbhayaSqaud has been extremely supportive while COVID-19 samples were taken. The squad contributed by sensitizing and educating the community, especially women to give samples for testing COVID-19. We are further initiating another mission “Safer city, Safer streets”. Under this mission the number would increase from 5 to 15 civil teams.  These teams would pose as civilians and would report any security issue which would be promptly reported to the control room for further action. The squad will also have body worn cameras to report live actions and crimes.”

Mrs. Sumita Minhas, Principal, Podar World School Jaipur said, “We are delighted to be a part of the celebration of Nirbhaya Squad’s 2nd Foundation Day. We at Podar World School always work towards and imbibe a sense of equity amongst our students. We take this opportunity to applaud the effort on how the all-women Nirbhaya Squad has been providing security to women, children and everyone who is in need. We feel that Nirbhaya Squad is a perfect example of ‘women leading the way’ in our society.”

Speaking on the occasion, Additional Deputy Commissioner of Police, Mrs. Suneeta Meena said, “Nirbhaya Sqaud was formed with a motto of offering security to women and children and to whosoever in need. The all-women Nirbhaya Squad has been instilling a sense of security and confidence across the streets and local modes of commute in women of Jaipur city. Our all women squad is trained in martial arts to ward off any threat to girls and women in the city of Jaipur. We thank Podar World School and its students to acknowledge our efforts and participating in celebrating our 2nd Foundation Day of our all-women squad.” 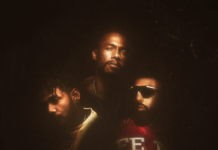