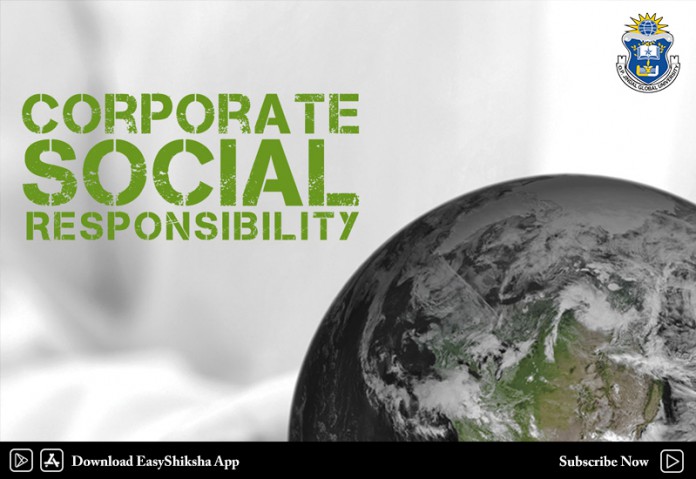 The three-day Conclave for Building CSR Partnerships aspired to catalyse partnerships amidst these multiple stakeholders for achieving sustainable and inclusive development. The Conclave is also an opportunity for building skills and sharing knowledge useful for CSR practitioners, development workers and other stakeholders concerned with optimizing social impact.

Speaking at the conclave, Professor Amit Lahiri, Chief Sustainability Officer, Associate Director, IIHEd and Executive Director, CECRAS, JGU said “The most unique aspect of the three -day conclave has been that 2 universities- an 80+ years old public university and 10 years old private university across two cities of Mumbai and Delhi have got together to create a platform for multi-stakeholder dialog. This platform brings together the corporations, the NGOs and the government in one space. This is a signal of the pivotal role that higher education can play in India’s development- i.e. a neutral platform for multisector partnerships, capacity building, skills training, research and policy advocacy. CSR is all about creating public good and that can only be done through partnerships, because it is something that the corporation or the development institution cannot do in silos.”

Mr. Gyaneshwar Singh, Joint Secretary of Ministry of Corporate Affairs inaugurated the conference. In his opening remarks he spoke about the enforcement regime that the ministry is considering in order to drive home that corporations in the country have to become more responsible towards the society and environment in which they operate. He also mentioned the institution of a new national award on CSR and the rigor of the criteria it entailed.

In his keynote session Dr. Bhaskar Chatterjee, Secretary General, Indian Steel Association shared his insights on ‘CSR in India: Past, Present and Future’ while highlighting the milestones and challenges faced by the committee when drafting the bill.

He said “Earlier CSR in India was an ad hoc activity which lacked discipline and focus. Drafting the Company Act Bill with 470 Sections was a challenging task. The Bill saw a new morning when Sachin Pilot joined as a new minister. 7 out of 10 hours were gone just in drafting the section 135. And finally in December 2013, the bill became an Act and Section 135 was implemented from 1st April, 2014.”

He further added, “CSR is designed to help the needy, disadvantaged and poor people and areas and public good can only be created through partnerships with NGOs and institutes.”

Dr Chatterjee was largely instrumental for drafting the singular section 135 of the Companies Act 2013 dedicated to mandating CSR spending for eligible companies, of the more than 400 sections. The mandate compelled CSR to go from backroom to boardroom, specifying that the money is spent on a project mode and laying the 10 plus broad areas that the CSR money could be spent on in Schedule 7.

JGU’s Founding Vice Chancellor Professor(Dr.) C. Raj Kumar spoke about the significant role that CSR plays in Higher Education. Dr. Raj Kumar said that the growth and evolution of CSR model in India has not been largely due to corporate commitment to contribute the development of the community; rather it is more to do with building a positive persona and image, including brand building.

He stressed that, “We need to reimagine the CSR framework for higher education. The impetus should be to translate corporate mission to societal mission. Corporations need to invest in long term social transformation. The captains of the industry can be the harbinger of change where a conscious will is needed where higher education investment becomes nation building. This can only happen when the agenda is not return on investment but not for profit. The example of corporate philanthropy of JSPL and its leader, Mr Naveen Jindal is remarkable as they have invested in builds a world class research university in India.”

He emphasized the critical role of research in improving the quality of higher education in India and that CSR money would play an important role in augmenting research and innovation to creating the universities of the future.

Dr. David Bilchitz, Secretary – General, International Association of Constitutional Law and Director, SAIFAC and Professor at Constitutional Law and Fundamental Rights, The University of Johannesburg also spoke at the plenary session. He presented arguments on why binding obligations need to be enacted in the form of an international human rights treaty, making it necessary for some of the largest MNCs (which often have more annual sales revenue than many developing countries’ GDP taken together) to not only disclose their compliance but also be subject to legal enforcement. Only through law, he added that you make obligations binding on a corporation.

Talking on the forum and highlighting the importance Human Rights Dr. David Bilchitz, said, “It is an honour to be a part of a platform that offers an important opportunity for NGOs, government, academia to come together and discuss inspirational ideas on sustainability. While CSR is a responsibility that we owe to each other, it is also vital to realise and build a treaty between businesses and human rights. With the rise of globalisation, these treaties are important to address the challenges of international law and ensure adequate protection of human rights.”

The conclave was held on three-point mandate-day one was, amplification based workshop on skills, participation and developing partnership. Day two saw a transition from theory to practice. Day three culminated with best practises that would pave way to play a much larger larger leadership role in this paradigm changing business and human rights treat negotiations being currently negotiated in Geneva at the UN.

Dr. Webb in his address compared the similar legal traditions of Canada and India but commented on the marked variance between the corporate sectors in the two countries in how they report on SDG implementation. He noted that Indian companies have embraced SDGs reporting on a far wider and robust scale primarily due to the agency of the CSR law which in a way ensures the firm to engage in multisector partnerships.

The conclave was lauded by the attending development sector participants who demanded more such platforms for dialogues, knowledge sharing, skills-upgrade and opportunities of forging partnerships. 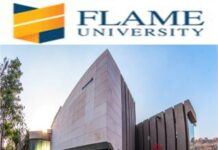