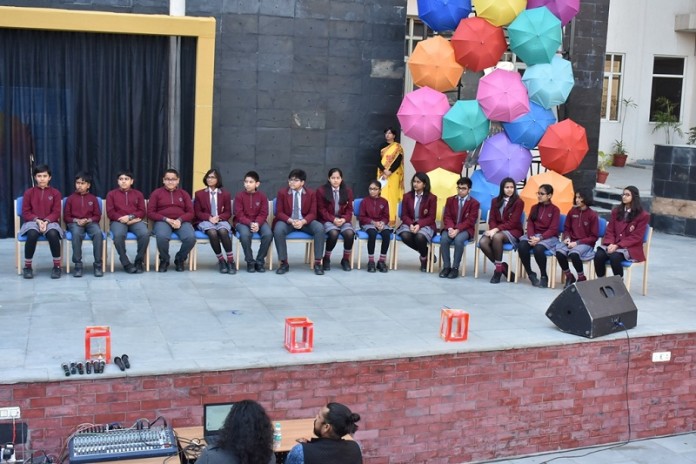 LIMITLESS, an anthology of short stories by these fifteen promising young writers is as varied in story ideas as the authors themselves. Each story is unique in its presentation and the choice of plot. There is fiction, plagiarism, suspense and also interestingly stories based on real life experiences.

Ms. Dhriti Malhotra, Principal, MRIS 46 shared: “Once you get the words on paper, in print, they start making sense. The journey of writing stories and compiling them in the form of a book started in MRIS some time back. Fifteen writers were short-listed and identified after three rounds of screening. They were then mentored and taken through the entire process of writing a book under the Young Author’s Series mentored by Quill Club Writers. During the entire process, these young writers gained a greater understanding of the nuances of writing which helped them work on their skill and evolve as fine writers”.

The Chief Guest, Dr D. Suresh, in his address congratulated the aspiring writers. He said: “I am speechless and extremely impressed at the same time. Today’s young learners have evolved. We need to give then the opportunities to blossom. Today, I am convinced that the Management, the school, and the parents of Manav Rachna are in the right direction. We need to let our children follow their dreams and let them fly”.

Along with cake cutting and book launching, there was panel discussion amongst the amateur authors and the seasoned guests authors. The session was then open for the parents to interact with the budding authors.