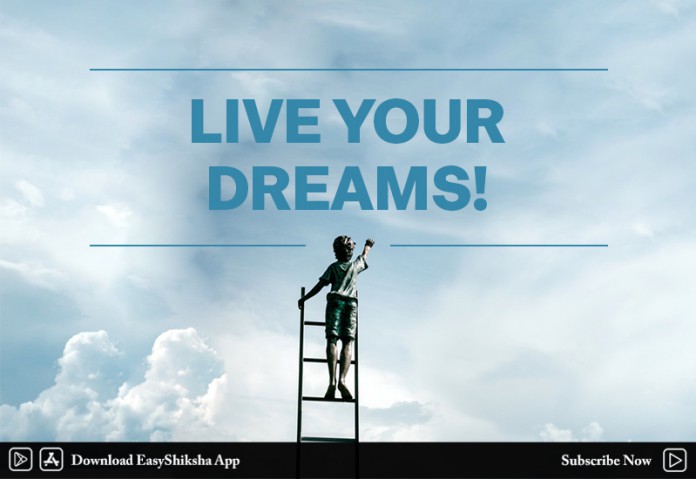 Times have changed. And dramatically Live Your Dream.

When I was completing school in Calcutta and getting ready for college, I didn’t have a clue as to what I would study. That I would at least need to do an Under Grad degree was a given. You could not get a job otherwise.

But what would I study?

My heart was set on cinema and I was deeply in love with the films of Renoir and Kurosawa and Bergman and Hitchcock and many others. But, cinema as a career and that too, in Pune? I was the only child and my parents did not agree to let me leave Calcutta!

My uncle, who was an erudite and scholarly person, advised my parents against such foolishness. Another uncle chipped in, as well. I wasn’t too bright and though I did get a First Division in my Higher Secondary school-leaving examinations, I had never considered myself to be academically inclined. Creative pursuits, like writing or cinema or theatre or even photography or painting were what interested me most! ‘That’s a hobby,’ my uncles admonished me, ‘it’s not a career.’

And so, I found myself studying a Bachelor of Commerce at the wonderful St. Xavier’s College in Calcutta. I had always been a Xavierian and so, the move from school to college was seamless.

I didn’t do particularly well in my Under Graduate studies, though I did manage to get through. My family and I knew I would make the worst accountant!

Those were also the horrific years when life in Calcutta was all about the severe Naxalite violence that daily saw killings, police reprisals, closure of schools and offices. An air of uncertainty enveloped all our conversations and our worldview. All of us lost a year, as exams were disrupted and Calcutta University faced regular disruption.

Many of us face a similar situation even today when what we study is imposed on us by our family and our peers. We succumb. We don’t pursue what we are good at but what others expect us to study.

Watts argues that it was a powerful moment and embodies how we actually see and live life. The story has stayed with me all these years.

If we are driven by the expectations of others, we would never give 200% and unless we give more than we expect from ourselves, we would never feel fulfilled. The boxes we tick must be the goals we set for ourselves.

When Van Gogh painted, for instance, he lost sight of time and space. There were times when he painted through the day and night and never realized he had neither eaten nor slept. It made him the genius he is considered.

Many called Van Gogh mad. Perhaps madness is what we all need. I call it passion. Seek it. Nurture it. Incubate it. Live it. And you will find your fears melting away because finally, you would do what you love and love what you do. You would live your dream and not someone else’s. 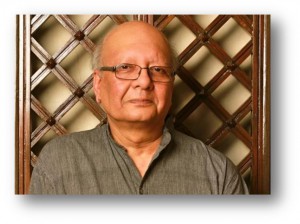 Mr. Amit Dasgupta is the inaugural India Country Director for UNSW. Based in New Delhi, Mr. Dasgupta’s role is to strengthen and deepen UNSW’s ties with India across education, knowledge exchange and research.

Prior to UNSW, Mr. Dasgupta was based in Mumbai as the Head of the SP Jain School of Management’s new campus.

Mr. Dasgupta has had an illustrious diplomatic career and has served in a range of overseas postings including- India’s Consul General in Sydney (2009-12), Ambassador to the Philippines as well as other stints serving in Germany, Belgium, Egypt and Nepal. He also served as the Ministry of External Affairs’ Director of Finance and was the first  head of the Ministry’s PublicDiplomacy Division. Amit Dasgupta’s association with UNSW stems from the time he was India’s Consul General in Sydney (2009-12). He was instrumental in the installation of the Mahatma Gandhi bust and the creation of UNSW’s signature Annual Gandhi Oration. NSW Community Relations Commission awarded him a medal for his exemplary efforts to promote harmony in Sydney. He has authored and edited a number of books, including The House and other stories, Lessons from Ruslana, The lost Fragrance, Indian by Choice and India for a Billion Reasons.