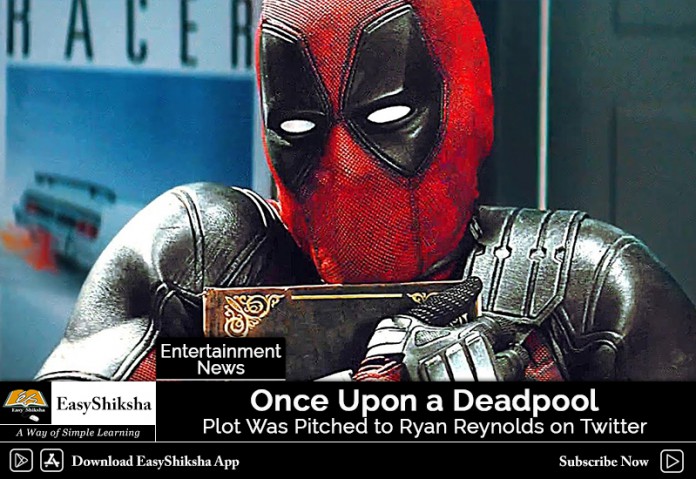 At first the idea of a PG-13 version of Deadpool 2 might have soured fans, but that first trailer for Once Upon a Deadpool should alleviate some fears. The concept of the Merc’ With the Mouth kidnapping Fred Savage and reenacting The Princess Bride is just too good.

It’s so good that someone else came up with the idea a year ago.

Writer and artist Michael Vincent Bramley posted about the potential Fox purchase by Disney when the news started to make the rounds last December. While he was not a fan of Fox’s mature X-Men movies possibly being forced back to PG-13 standards, he did post his idea for a potential Deadpool movie, and the similarities appear to be more than just coincidences.

Critics About Once Upon a Deadpool

Both critics and moviegoers loved The Merc with a Mouth’s solo movie debut, leading to an enormous $783 million take, and the title of highest-grossing R-rated film worldwide. The Passion of the Christ still holds that title domestically, a fact which would no doubt amuse Deadpool greatly. Interestingly, both 2017 and 2018 saw Deadpool almost get knocked off its perch, with IT ultimately earning $700 million worldwide, and well-received sequel Deadpool 2 hauling in $734 million.

Bramley doesn’t seem angry about the whole ordeal, as he’s not threatening to sue or demanding his name being included in the film. But he is requesting some recognition for pitching the plot that fans will see when the PG-13 cut of Deadpool 2 hits theaters.

And of course, making some acknowledgement would be entirely in line with the Deadpool franchise, which likes to poke fun at itself as much as it does every other superhero and pop culture reference. Having a credits sequence mention the story being based on “some guy on the Internet” would be lock in step with the Rob Liefield joke from the first film’s opening sequence.

Once Upon a Deadpool came out of left field and was a surprising change to 20th Century Fox’s winter slate. X-Men franchise producer Simon Kinberg spoke with Collider about the movie, crediting Reynolds for keeping it a secret.

“Ryan Reynolds and his studio—but I will give credit to Ryan Reynolds more than anyone else—is extraordinary at figuring out ways to get around the system,” Kinberg said. “And be clever, both in terms of getting attention when it comes to viral stuff and in terms of deflecting attention when it comes to something like this. In the same way that Beyonce and Kanye can drop an album out of nowhere, Ryan figured out a way to drop a movie out of nowhere.”