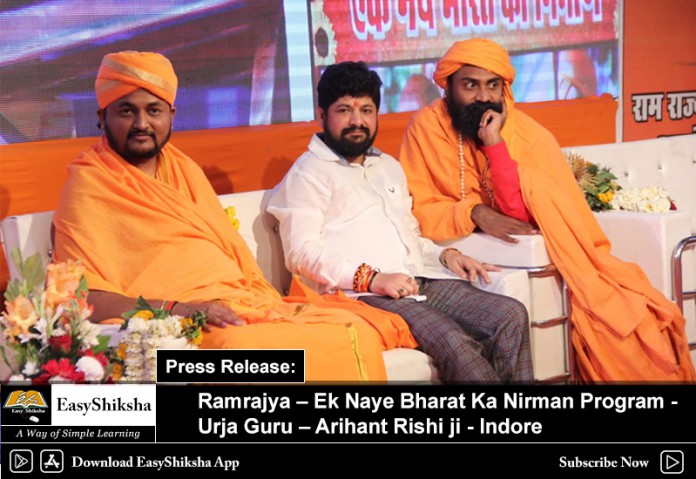 Indore, March 11, 2019: A cultural program on ‘Ram Rajya–Building a New India Program’ was organized in Abhay Prashal, Indore, which was addressed by Urja Guru Arhant Rishi Ji on March 11, 2019 at Labh Mandapam, Abhyay Prashal, 10 Race Course Road, New Palasia, Indore (Madhya Pradesh). Urja Guru Arhant Rishi Ji called upon people to connect India and the world with Ram Rajya Mission. The programme was attended by the dignitaries of the city. 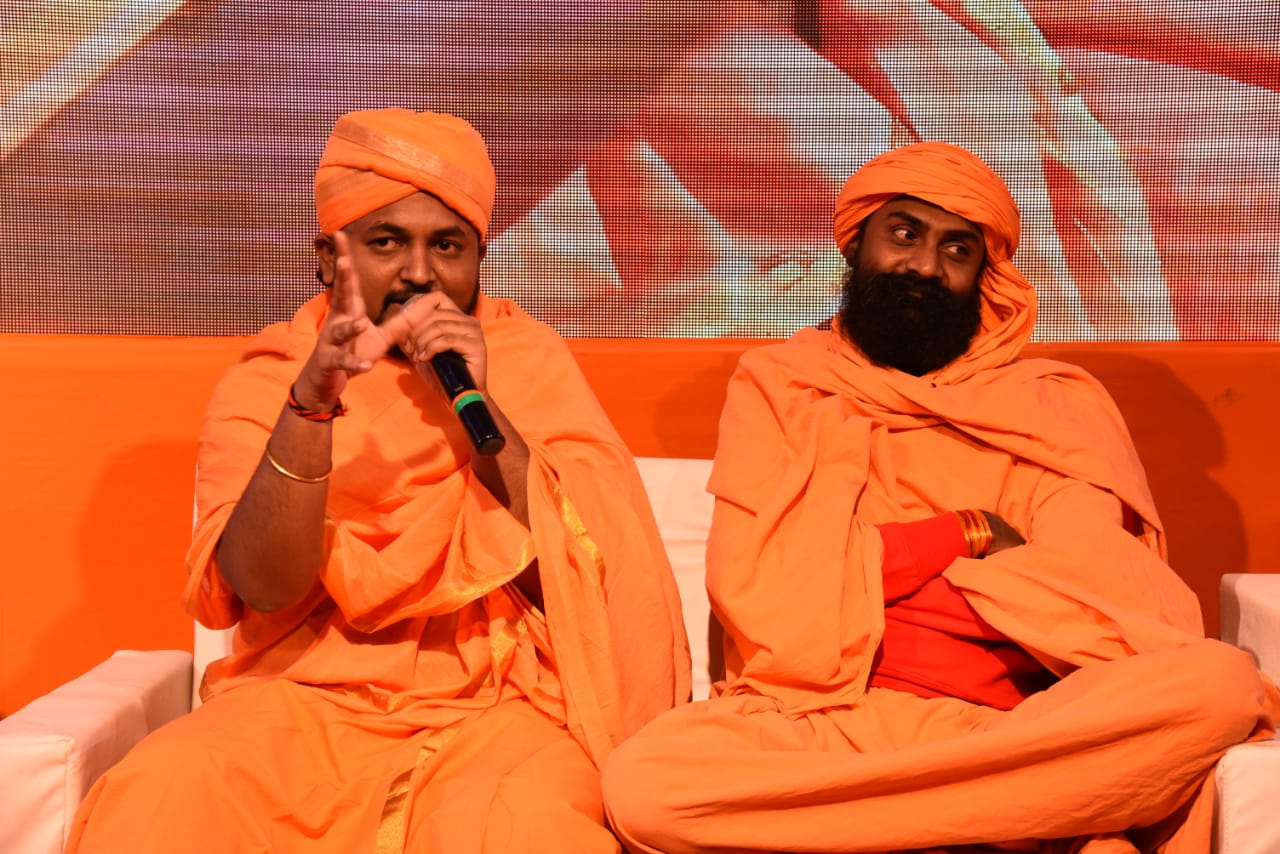 While addressing the gathering, Urja Guru Arhant Rishi said that “Ram Rajya will bring peace and serenity in India and the world. and following the concept of Ram Rajya, India will again become Vishwa Guru. The Ram Rajya talks of Vasudhaiva Kutumbam. In this Ram Rajya, for the protection of religion, promotion of culture and awareness of Hindutva, mutual harmony between saints and common people is essential. It will be such a Ram Rajya, where there is no talk of terrorism, where Hindu culture is preserved, where both the Kisaan and the Jawan are together take care of Mother India with their body, mind and wealth, and where the common people and politicians work with a feeling of coordination. In this Ram Rajya, people will follow Ramcharit Manas, Buddha, Mahavir and Krishna, and not adopt Western culture, and this is the state of Ram Rajya, where subjects such as science, mathematics are restored while conserving other topics too.” 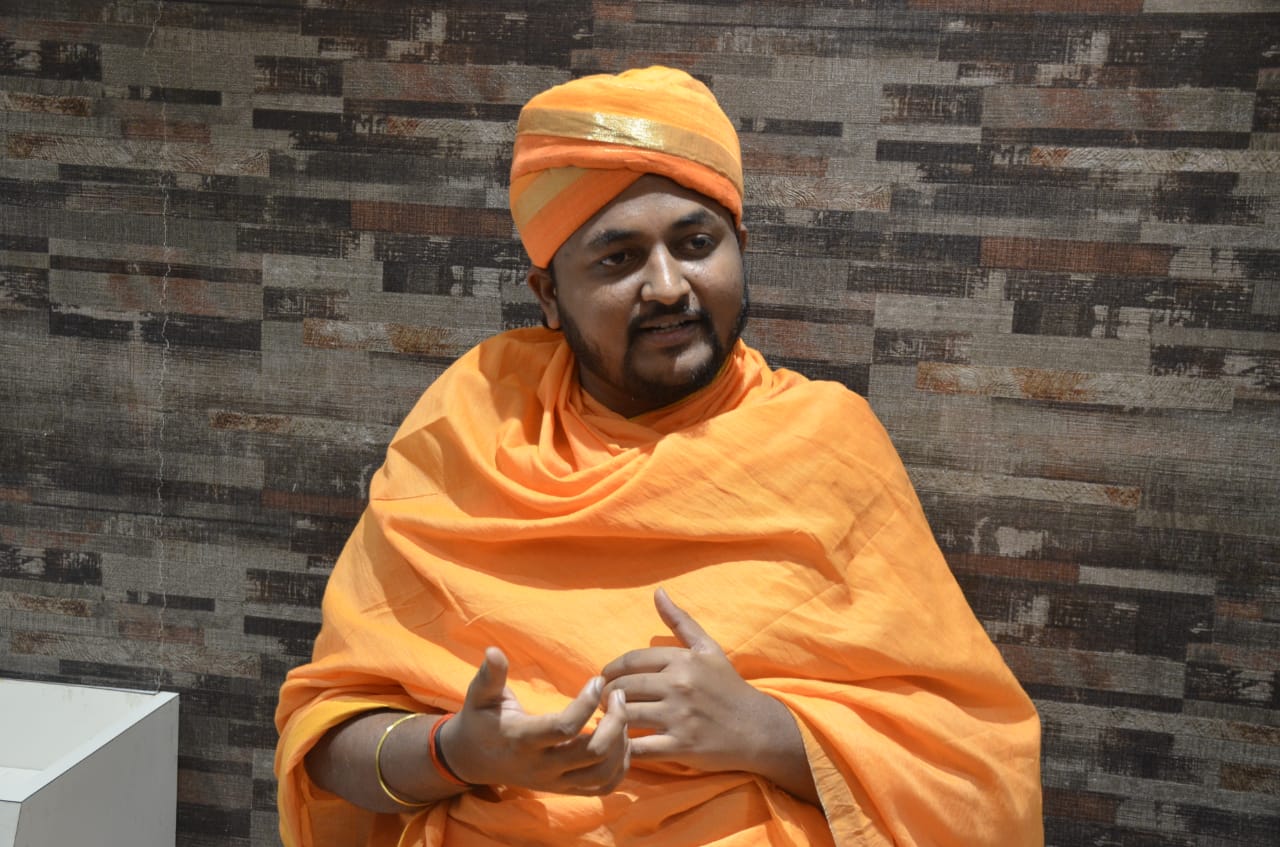 The Organizing Committee said that “this program is focused on the concept of Ram and Ram Rajya. Ram is the ideal for India, He is the epicentre of Indian culture, and the concept of Ram Rajya has been flourished thousands of years ago. Mahatma Gandhi also talked of Ram Rajya. In Ram Rajya, everyone’s dignity and identity are protected and everyone is included within it. The Name of Ram is established in our culture; Ram’s persona is vast and his name extends to Indonesia, Malaysia, Cambodia, and Ram Rajya is a symbol of an ideal state and ideal power. Following the Ram’s work and life, we can truly learn to manage, motivate, and resist wrong.”