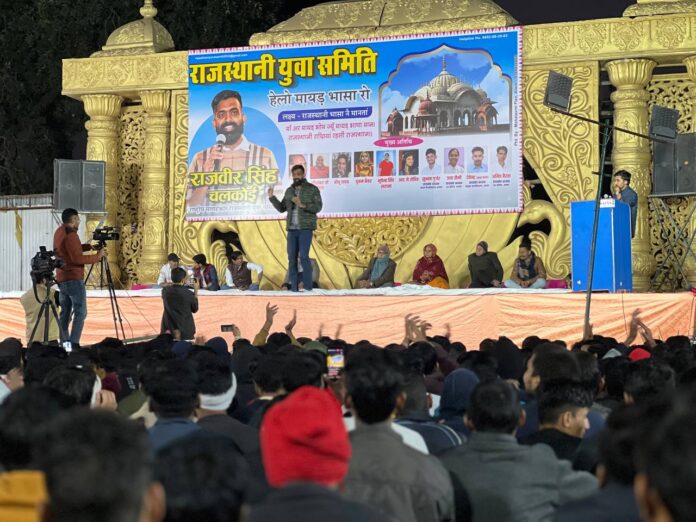 Rajveer Singh, the national advisor of the committee narrated couplets to youth, written by Prithviraj Rathore of Bikaner many years ago in Brij dialect, proving that Brij, Mewati and other dialects are strictly a part of Rajasthani language. The dialects together form the Rajasthani language.

Answering the question on the script, Rajveer said, Mudia, Mahajani, all this has been our script, but the way 10 languages ​​in the 8th schedule are written in Devanagari, one more Rajasthani will also be added.

Explaining the opinion of the committee from Alwar event, Rajveer Sir said that if the language of 8 crore Rajasthanis is not respected now, then the result will be the responsibility of the rajasthan government in continuation Rajveer told that Mewati, Brij also have the same importance in Rajasthani as other dialects of Rajasthan. Historian Rajveer interacted with the youth with national and international examples and talked about the facts. He explained to the youth of Alwar that when Hasan Khan Mewati can understand the letter written by the king of mewar, so it means Rajasthani is the same language, just the dialects are different.