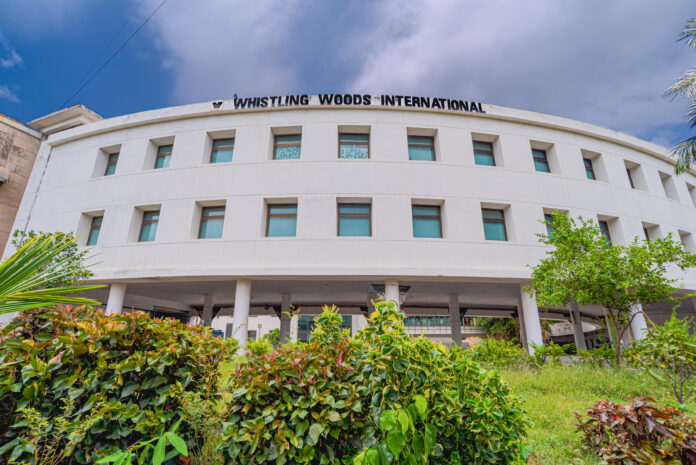 This will offer opportunities for WWI students and faculty to gain immense learning in Virtual Production – the most cutting-edge of emerging technologies in Media & Entertainment: SMPTE

WWI ensures to expand its horizon by constantly upgrading the technology offered to its students. From evangelizing digital film cinematography in India by setting up the Sony Media-Tech Centre in 2010 to teaching content creation for digital platforms by setting up the YouTube Space & YouTube Educator Lab, to educating students in Cinematic Virtual Reality through setting up of the WWI Jio VR Lab, WWI has been a pioneer when it comes to incorporating the latest technologies into their curriculum. The same will be so for Virtual Production too, soon.

With its participation in the OSVP initiative, WWI is taking another big step towards educating both its students and the Indian filmed entertainment industry at large, on workflows of the future. The OSVP RIS will be laying down standards, defining best practices and formulating pedagogy & workflows and WWI’s role as an academic institution in hands-on testing and application of these technologies, in production environments, by its students, which will offer immense opportunities and benefits to its students.

While through the association, WWI students will not only be trained and well-equipped in various aspects of Virtual Production, but they will also have access to the best minds of the industry who have undertaken path-breaking & pioneering work in these areas. For e.g., One of the other founding members of the Advisory board is Lux Machina, which has played a key role in the production of cinematic masterpieces like The Mandalorian, Rogue One, Solo, The Irishman, among others, as well as great quality virtually produced broadcast content like The Oscars & The Emmys.

“Over the past year, the WWI Emerging Media Lab has been doing extensive work in Virtual Production & associated technologies like Photogrammetry, Volumetric Capture, and Motion / Object Tracking. With this step of joining SMPTE’s OSVP initiative, the Lab will be able to greatly elevate the complexity and scale of the workflows & technology it has access to. With students being involved in the workflows at such an early stage, the training, and exposure they’ll receive from industry leaders will be exceptional & immense. This kind of access to expertise will lead to the creation of multiple career opportunities for the students – both in terms of employment with some of these global giants, as well as in entrepreneurship – in setting up their own MSMEs offering virtual production services in India.”, said Chaitanya Chinchlikar, Vice President, Whistling Woods International, who also serves as the Head of its Emerging Media Lab.

Having been the key driver of various technological advancements undertook by WWI for the past 15 years, Chaitanya Chinchlikar who is also on the global Board of Governors of the SMPTE further shared, “By next year, WWI hopes to have in place, a best-practices-based curriculum & training methodology in all areas of Virtual Production. Virtual Production is going to play a huge part in our content creation industry going forward and we look forward to India’s content creators and technologists working on the global best practices available in the same.”

Whistling Woods International (WWI) is Asia’s premier Film, Communication, and Creative Arts Institute. Founded by one of India’s leading filmmakers – Subhash Ghai, WWI is one of the largest and best media institutes in the country. ‘The Hollywood Reporter’ has rated Whistling Woods International as one of the Ten Best Film Schools in the world in 2014, 2013 & 2010. WWI offers courses that vary in duration from 1 year to 3 years catering to all major verticals of the Media & Entertainment industry, namely Acting, Animation, Cinematography, Direction, Editing, Game Design, Music, Producing, Production Design, Screenwriting, Sound, Visual Effects, Media Management, Fashion Design and Visual Communication Design. All the courses are accredited by the Tata Institute of Social Sciences (TISS).

About SMPTE in India

While the SMPTE is relatively a new entrant in India, WWI, which hosts India’s ONLY student chapter of the SMPTE continues to support the organisation. WWI’s Vice President & Business Head also currently serves as Governor-at-large on the SMPTE’s global Board of Governors.

The SMPTE is a global society of media professionals, technologists and engineers working together to drive the industry forward in technical brilliance & creative passion. A shared dedication to the collaborative process. From the early days of entertainment technology to the latest digital media breakthroughs, the brightest minds in the industry have found their community in SMPTE, the home of creative technology. An internationally recognized standards organization, SMPTE has published hundreds of technical standards and related documents for broadcast, filmmaking, digital cinema, audio recording, information technology and imaging. 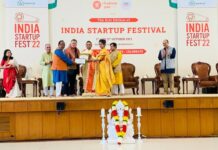