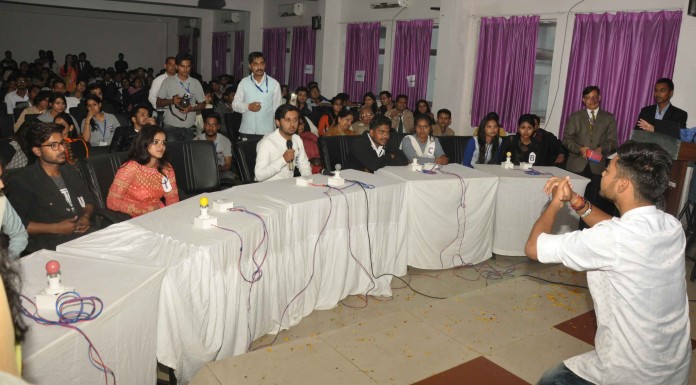 21st February 2017, Lucknow, Amid much fervor and enthusiasm, annual function was organized by Techno group of Institution, Lucknow. Techno College is affiliated to the University of Lucknow and provides courses like PGDM (Post Graduate Diploma in Management), BJMC (Bachelor of Journalism and Mass Communication), B.Com (Bachelor of Commerce) (Hons.), B.Ed (Bachelor of Education), B.COM and BBA (Bachelor of Business Administration). This event was inaugurated by a senior Indian Administrative Service officer Rakesh Kumar Mittal.

Students from twenty different colleges in Lucknow actively participated in the function and expressed their views regarding the demonetization drive that started in November 2016.

As per the students the drive was one of the best initiatives taken by the Government to eradicate black money from the country and also gave a heads up to all those people who are involved in unfair trade practices. The speaker also said that demonetization drive is a new way for practicing healthy politics in India. The decision that political parties cannot accept more than Rs. 2000 as contribution will largely help in putting an end to corruption.

The most exciting feature of the program that kept the participants and the viewers engrossed was the creative writing, solo singing/ dancing, debate and antakshari competition that was organized and was judged by Usha Chaudhary.

During the program Rishi Agrawal, Managing Director of Techno Group gave fruitful advice to the students present there on how to move ahead in life and extract maximum of their ability. This largely motivated the students and gave them right guidance.