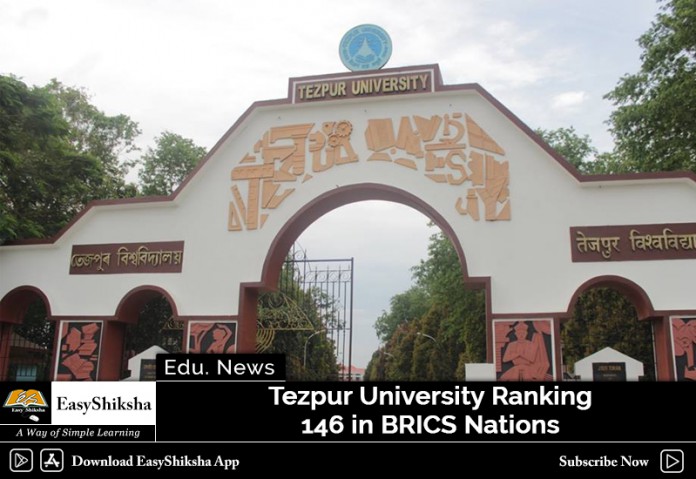 Tezpur University Wednesday said it has been ranked 146th among 400 universities in BRICS countries, which is an improvement over the previous year. “TU (Tezpur University) now ranks 146th amongst the BRICS nations (out of 400 institutions), which comprises Brazil, Russia, India, China and South Africa,” the central university said in an official release. The rankings are for 2019, it added.

“TU ranked 171-180th position in 2018 rankings. The ranking was declared on October 15, 2018. In India, TU ranks 36th position out of 75 higher learning institutions,” the statement said. The ranking has been made by the British higher education marketing company Quacquarelli Symonds (QS) and it has increased the number of universities in the ranking to 400, a rise of 100 from the 2018 edition.

The sample size was over 1,25,000 academic and employer responses, it added. In the top 20 overall ranking, IIT-Bombay occupies the eighth position, followed by IISc-Bangalore (10th), IIT-Madras(17th) and IIT-Delhi (18th).

“China’s Tsinghua University tops the list. China is also home to 113 of the 400 BRICS universities, while Russia has 101, Brazil 90, India 86 and South Africa with 13 completes the rest of the list,” the statement said.