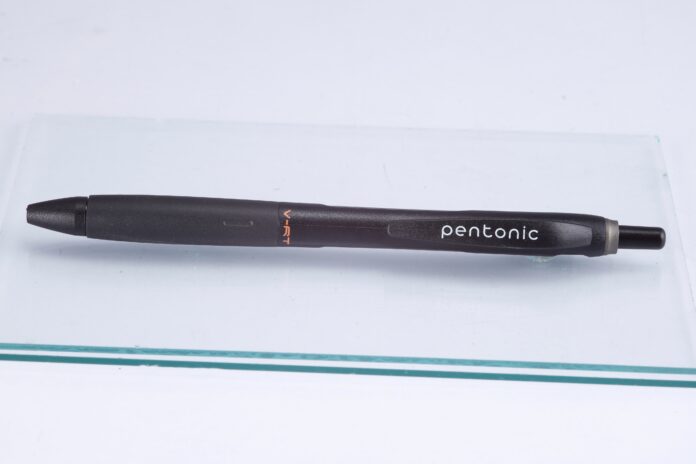 Even with the option of writing via typewriter and computer, there are countless people who have placed their faith in the written word and its power. And these are the names you’ve definitely heard before. Stephen King for ‘Dreamcatcher’, J.K.Rowling for ‘The Tales of Beedle the Bard’ alongside other esteemed personalities such as Hemingway, Kafka and Fitzgerald – all who understood that the medium was not something to take lightly. They all chose to use the pen to take readers to new, unexpected destinations.

Dr. Claudia Aguirre, a neuroscientist, agrees that mindful writing not only rests the brain but can also lead to sparks of creativity. But it’s not just about the route to creativity.

It’s about the fact that the use of a pen allowed them to express their thoughts seamlessly and systematically. Writing forces you to stop and stare, to think about how to articulate your words in a way that no other medium does. Thanks to the quality of today’s pen manufacturers, you will find unparalleled ease when it comes to representing your thoughts and feelings without the slightest complication.

It’s no wonder that people have always taken refuge in the written word. With this in mind, let’s take a look at the role of writing and see the top 3 emotional benefits of putting pen to paper.

The act of writing with your best grip pens allows you to dig deeper into your feelings so that you can make sense of them and consequently find a solution. To that end, it plays the role of a mirror where you expose your inner self while working on your own image.

The focus is inward where you look back at your actions and then find the inspiration to move forward. Hence, writing becomes a gentle way of providing both relief and clarity when you need it the most.

Linc Limited recently announced the Pan-India launch of the Pentonic Frost. The pen’s sleek matte finish offers a high aesthetic quotient as well as a stronger grip. Boasting a ‘Featherlite’ feel, the lightness of the pen ensures that you can carry it everywhere

In a study conducted by James Pennebaker (a health psychologist) among 63 recently unemployed professionals, he divided these into 3 broad groups where 1 group was asked to journal their predicaments associated with the job loss. With that, each member spoke about the financial problems they faced, the experience of being fired and the challenges of finding a new job.

After a period of three months, it was seen that 26% of this group were reemployed as compared to less than 5% from the other groups. So why exactly were their chances higher?

Pennebaker believes that suppressing negative experiences was simply taxing and burdening. By writing about it, that removal of that burden paved the way for better mental health. Penning their thoughts on paper was the key to their salvation and worked to reduce the pent up stress and negativity.

Physically writing something tends to be much slower than a keyboard and is perhaps the most efficient outlet for emotions to spill out. Penmanship is like taking a dive into unchartered waters since you never really know what to expect.

No pre-planned blueprint, no destination in mind – just a safe, confidential space to feel honest and let go of all the anxiety. In fact, a few moments of scribbling away can actually propel personal growth and lead to emotional healing. You just need a pen and a few sheets of paper at your side.

Linc Limited’s G-RT series from the incredibly popular range of Pentonic, is one of the smoothest and most advanced products.

Writing encourages both calm and creativity. Whether you’re trying to find meaning in moments, to get a fresh perspective or to see the rays of sunshine in the worst of experiences, the best grip pens become the bridge to better mental health and wellbeing with minimal effort involved.

So don’t worry about being the next J.K.Rowling!

Just pick up your Linc pen and make your own story a masterpiece!