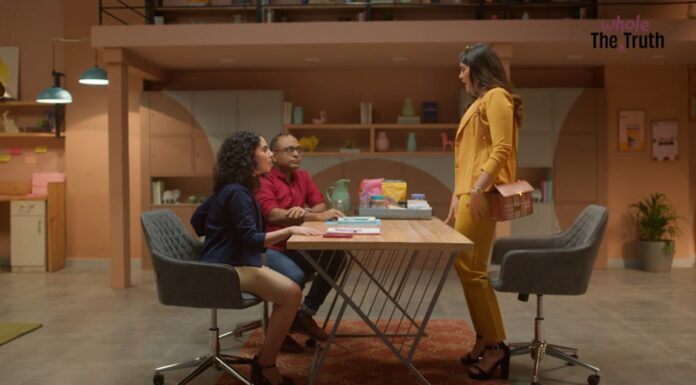 India-wide release, November 2021: ‘The Whole Truth-Sayers’ – an unconventional influencer marketing campaign launched by India’s first 100% clean-label food brand, The Whole Truth, has been on an upward trajectory since its commencement in early October this year.

It kicked off with a tongue-in-cheek yet hard-hitting video which has since crossed more than 1 million views on YouTube and garnered a whopping 220k aggregate views on Instagram.

Launched to recruit the first cohort of ‘honest’ influencers, the avant-garde campaign also aimed to usher in a refreshing culture of honesty in influencer marketing. The campaign has received several positive engagements, including from over 120 influencers looking to become a part of the first batch of The Whole Truth-Sayers within the first 10 days of launch.

With the intention of finding (and working with) a credible set of influencers who only endorse what they actually use and love rather than a mere monetized brand collaboration, the participants were required to create a video depicting ‘The Whole Truth of Influencer Marketing’ as they see it. Out of these, 50 most deserving participants were shortlisted based on their honesty, transparency, and out-of-the-box creativity by an esteemed panel of judges. The jury, cutting across multitudes of creative circuits, includes TV personalities, actors, comedians, RJs, fitness bloggers, entrepreneurs, and more such as – Gul Panag, Vani Gupta Dandia, Suchita Salwan, and Varun Duggirala.

Commenting on the favorable response, Shashank Mehta – Co-founder & CEO – The Whole Truth, said, “It is quite heartening to see not only the audience’s but also the participants’ positive reaction towards our ‘The Whole Truth-Sayers’ initiative. In fact, within just ten days of its launch, we saw 120 entries from an enthusiastic set of participants. TWT’s raison d’etre has always been to bring transparency to the food space via a variety of avenues, so fixing food marketing, and by extension influencer marketing (as it is done today) was naturally of interest. The Whole Truth-Sayers campaign is the first successful step in that direction”

Several media companies and stalwarts of the industry also-ran social media posts on their handles praising the initiative. By truly reflecting the core values of honesty and truthfulness that TWT swears by, The Whole Truth-Sayers campaign has won the hearts of digital natives striving to figure a way out of the incredible maze of misleading influencer marketing!