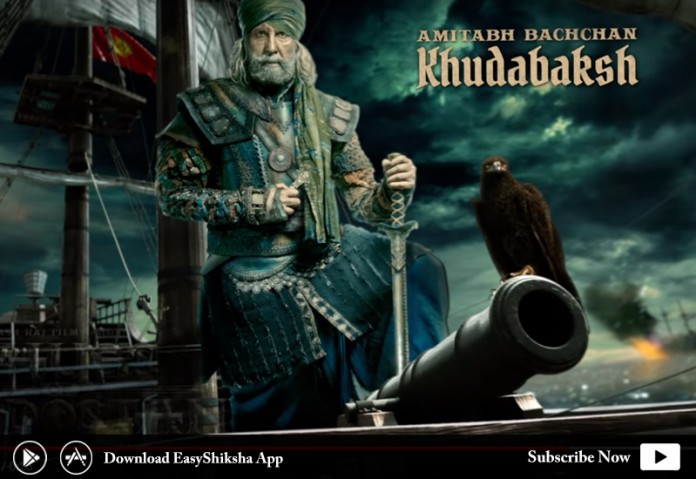 Amitabh Bachchan First look in Thugs of Hindostan as Khudabaksh

Taking to his Twitter Aamir Khan shared the motion poster of Amitabh Bachchan and introduced our favorite Thug with the caption saying, “The biggest thug of all !!! Love, a.” Big B’s name in the movie is Khudabaksh and in the poster, he looks as intriguing as he can be. With a sword in his hand, an armour on his body, a turban on his head and passion in his eyes, Amitabh Bachchan looks every bit scary and of course the biggest Thug there can be.

Yash Raj Films’ magnum opus promises to be larger than life, never seen before visual and cinematic extravaganza. Having pulled off an incredible casting coup by bringing together two of the biggest legends of Indian cinema – Amitabh Bachchan and Aamir Khan on screen for the first time, it is the most awaited film to release this Diwali. While the entire industry is speculating the date of the trailer launch, the makers released its logo, on Monday, which is followed by Amitabh Bachchan’s character revelation.