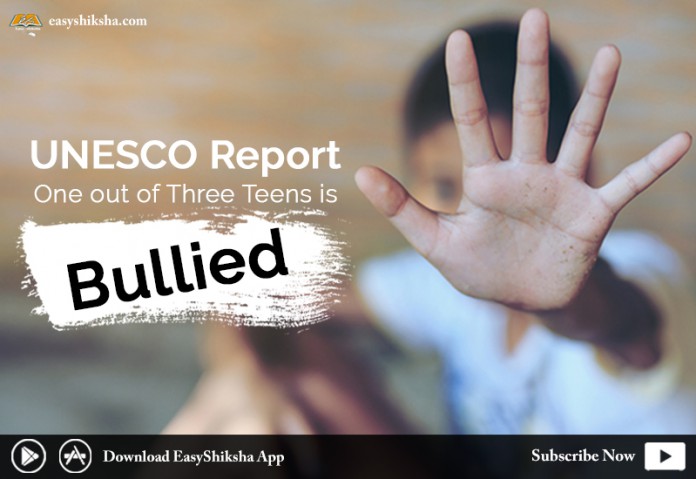 UNESCO has made a new research and they came up with the data showing every one out of three teen is bullied worldwide. No matter what region you are in or what your color is, bullying is same for all and everyone is affected with it. The data was made public for the first time and it is done by UNESCO Institute of Statistics (UIS).

The new data show that bullying affects children everywhere, across all regions and countries of different income levels. They were collected from in-school surveys that track the physical and emotional health of youth. The Global School Health Survey (GSHS) focuses on children aged 13 to 17 years in low-income regions. Similarly, the Health Behavior in School-Age Children (HBSC) targets young people aged 11 to 15 years in 42 countries, primarily in Europe and North America. Bullying refers to violence between peers/students which is characterised as “intentional and aggressive behavior occurring repeatedly where there is a real or perceived power imbalance.”

“Data are the key to change. They can reveal who is affected by bullying and point the way to better programming by both national governments and international and non-government organizations,” said UIS director Silvia Montoya.

The main takeaways of the data