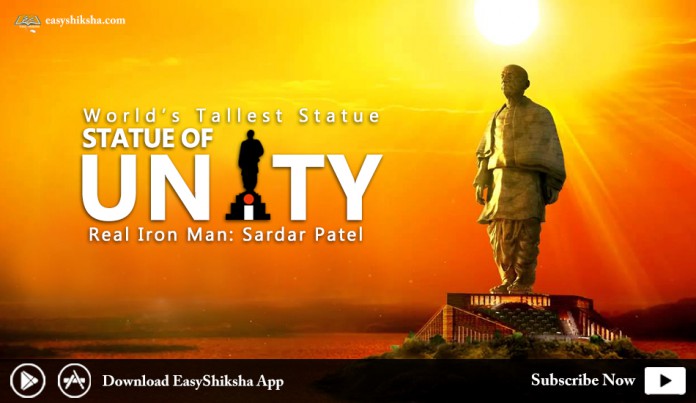 World’s Tallest Statue has started to take shape in India near Sardar Sarovar Dam, Gujarat. With the planned height, the status will go 182 meter in total that is 597 feet in total. The statue cover 20000 sq. meter of area and it will be surrounded by an artificial lake. The lake is measured 12 sq. km.

The project was first announced on 7 October 2010.[8] Sardar Vallabhbhai Patel Rashtriya Ekta Trust (SVPRET), a special purpose vehicle was established by the Gujarat government for construction of the statue. The iron needed for the statue and other structures was to be collected from farmers of villages all around India in a form of donation of their used farming instruments. SVPRET set up 36 offices across India to collect these iron instruments wherein over 500,000 Indian farmers are expected to donate. The drive was named the ‘Statue of Unity movement’. There was to be three-month-long nationwide campaign to collect iron pieces from six lakh villages to build the statue. During this period, over 5000 metric tonnes of iron were collected. Although it was initially announced that the iron collected will be used for the main statue, it later emerged that the collected iron will not be used in construction of the actual statue and will instead be used for some other part of the project.

The Statue of Unity is being designed as a naturalistic and historically accurate representation of Sardar Patel, wearing characteristic garments, in a walking stance. Some highlights of this project: