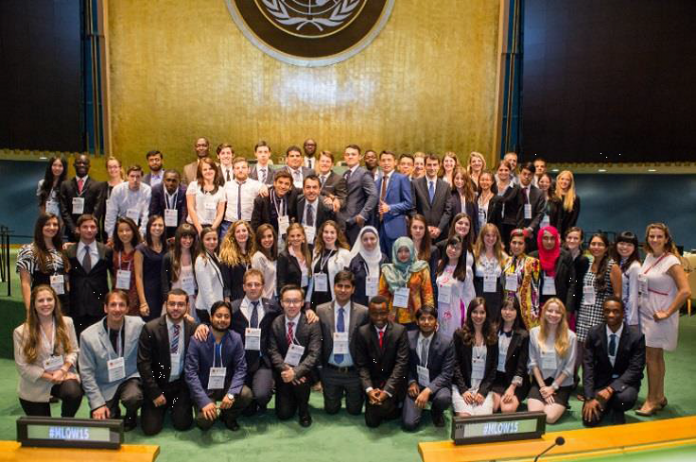 The goal of the Many Languages, One World Student Essay Contest and Global Youth Forum is to support multilingualism and to recognize the continued impact of the United Nations’ six official languages: Arabic, Chinese, English, French, Russian and Spanish. As such, students are being asked to write their essays in neither one of the six official languages, that is neither the contestants’ first language (language spoken at home) nor the medium of instruction in either their primary or secondary education, or a medium of instruction if attending a bilingual school.

The essays should reflect the student’s personal, academic, cultural and national context and discuss global citizenship and cultural understanding and the role that multilingual ability can play in fostering these. For full contest details, rules and entry guidelines, please visit ManyLanguagesOneWorld.ELS.edu.

For this year’s contest, 10 winners will be selected from entries in each language for a total of 60 winners. ELS Educational Services, Inc. will award each winner with an all-expense paid trip to Boston and New York City between 15-26, July 2017. Students will attend a Global Youth Forum in preparation of presenting their views at United Nations Headquarters in New York City. At the Global Youth Forum, the students will create plans of action addressing selected topics. These international delegates will also have the opportunity to interact with invited international scholars and tour Boston and New York City.

2017 will mark the fourth edition of Many Languages, One World. In 2016, more than 9,000 people from 165 countries took part in the initial phase of the contest. 60 students from 36 countries, representing 54 universities were selected as winners from an essay pool of over 3,600. More than 350 students participated from India for the contest and 4 made it to the finals. Winners attended prestigious international universities such as the Massachusetts Institute of Technology (USA), Yonsei University (South Korea), and University Paris 1 Pantheon-Sorbonne (France). Their fields of study include art, human rights, medicine, engineering, law, business management, communications, international relations, and linguistics.

1. Students 18 years of age and older who are currently enrolled in a full-time degree program at university are eligible to compete to win a place as a delegate to the Global Youth Forum. Students must be recommended by a University Faculty Member or Authorized University Representative in order to participate.

2. The essay, not to exceed 2000 words, should explore how multilingual ability advances global citizenship and cultural understanding. The essay should reflect the entrant’s academic, cultural and national context.

Many Languages, One World Winners at United Nations Headquarters from 2014 and 2015.
The deadline for essay submissions is Friday 31 March, 2016. 11:59 p.m. Eastern Standard Time.
Full contest details, including rules, entry guidelines and the Faculty Reference Form can be found at www.manylanguagesoneworld.org

ELS Educational Services offers over 50 years of expertise in assisting international students—more than 1,100,000 to date—achieve their personal and professional goals through English preparation and university study skills. ELS assists international students to identify and gain entry to higher education institutions around the world, including in Australia, Canada, Europe, India and the United States. For more information on ELS: ELS.edu, UniversityGuideOnline.org, ELS.com

About The United Nations Academic Impact

The United Nations Academic Impact (UNAI) is a global initiative that aligns institutions of higher education with the United Nations in furthering the realization of the purposes and mandates of the organization throughout activities and research in a shared culture of intellectual social responsibility.

The United Nations Academic Impact is a Programme of the Outreach Division of the Department of Public Information. It is open to all institutions of higher education granting degrees or their equivalent, as well as bodies whose substantive responsibilities relate to the conduct of research.

Founded in 1898, Northeastern is a global, experiential, research university built on a tradition of engagement with the world, creating a distinctive approach to education and research. The university offers a comprehensive range of undergraduate and graduate programs leading to degrees through the doctorate in nine colleges and schools, and select advanced degrees at graduate campuses in Charlotte, North Carolina, Seattle, Silicon Valley, and Toronto. The 2017 edition of U.S. News & World Report ranked Northeastern tied for 39th in the National Universities category.

Otherwise, you can get your essay written for you at this service: https://www.customwritings.com/write-my-essay.html