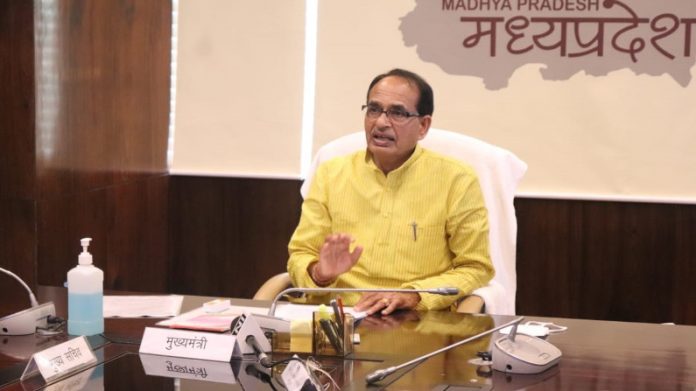 Bhopal, December 8, 2021: While chairing the meeting of Task Force constituted for National Education Policy 2020, Chief Minister Shri Shivraj Singh Chouhan said, “Yoga will be developed as a sport and included in the curriculum of school education. We will institute a Yoga Commission to promote yoga among the masses. We will integrate yoga education at the school level to make education interesting and to promote good health among students.” He also mentioned that continuous improvement is being made in the quality of education in the state government schools. Consequently, this will reduce the propensity of the general public towards private schools. CM Chouhan further stated, “The aim of education is to impart knowledge, skills, and values of citizenship. Hence, implementation of an effective method of imparting moral education along with vocational education under the National Education Policy will play a big role towards this goal.”

CM Chouhan stressed the importance of establishing respect for labor among the students. He said, “Over the years, the education system has reduced the tendency for work and the sense of respect for labor among our students. The National Education Policy has clear provisions for learning local skills and important vocational crafts. These activities will help in inculcating these values in our students. The task force will be working concertedly towards the achievement of this goal.”

“School Chalo campaign should also be launched for admission in classes 5, 6, 8, and 9. This will reduce the number of dropouts in class 6 and class 9,” he said. He also stressed the need to make education interesting, and activity-based. He said, “It is necessary to make special arrangements for teacher training, use of IT in school education, implementation of the three-language scheme for children, and education for children of migrant families.”

Speaking on this occasion, Sri Ramakrishna Rao, National President, Vidya Bharati suggested for books to be developed keeping in mind the global scenario and local conditions, along with the need for teachers to embrace a positive attitude and become digitally literate. Meanwhile, the National General Secretary of Vidya Bharati, Shri Ram Aravkar said that the Department of Women, Child Development, and School Education must work concertedly towards the development of early childhood care and education. He added that long-forgotten traditional games should be reintroduced in schools to help make education interesting for children. The consensus was established on the need to run a campaign for orientation up to the block and cluster level and take action to make parents aware of the provisions of the education policy.

The Hon’ble Minister of State (Independent Charge) for School Education, Shri Inder Singh Parmar informed the meeting that a task force has been constituted for the implementation of National Education Policy 2020 in the state. In this, 4 Framework Groups for State Curriculum and 25 Focus Groups have been constituted at the State level for the development of State Curriculum Framework. There are 24 non-official members and 26 government members in the task force.

Many other efforts, such as early childhood care and education, basic literacy, reduction in the dropout rate, expansion of education, teacher training, undertaken by the state government were discussed in the meeting.