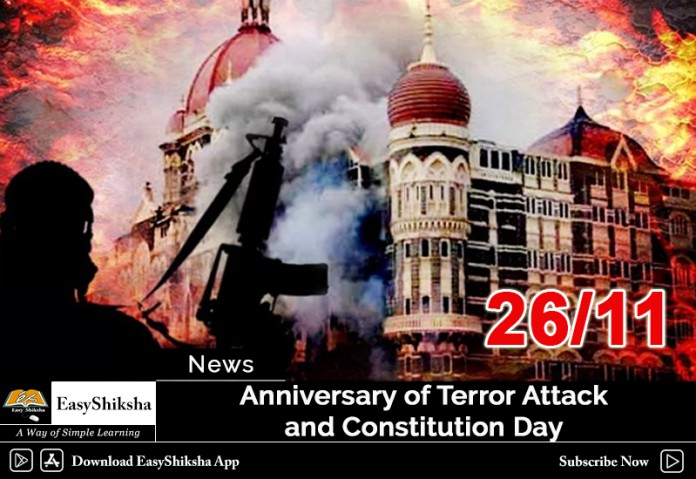 Updated on November 26th 2019 | 26/11 is the date that is remembered for 2 things happened in the past. One is good and one is bad but it is life, right? Terror Attack It may look like a coincidence but both are the same day. OK, just a bad thought, but let’s focus on for what you are here. First, let’s read about the good thing here.

On November 26, 2008 terrorists from Pakistan unleashed a wave of violence across Mumbai that lasted three days and played out on news channels around the world.

The ten attackers- who were armed with AK-47 assault rifles and hand grenades- belonged to Pakistan-based terrorist group Lashkar-e-Taiba (LeT).

Mumbai’s police force will remember the more than a dozen officers who were killed, many while fighting the terrorists, in a ceremony starting at 09:30 am.

In 1949, at the meeting of Constituent Assembly of India adopted the newly made constitution on the 26 November. This new constitution then came into effect on January 26, 1950. This is how January 26 become the Republic Day. But since 2015 Constitution Day has no existence.

On October 11, 2015 while PM Narendra Modi was laying foundation stone of the B. R. Ambedkar memorial in Mumbai, he made this declaration. On November 19, 2015 by a gazette notification it was declared that November 26 is now Constitution Day.