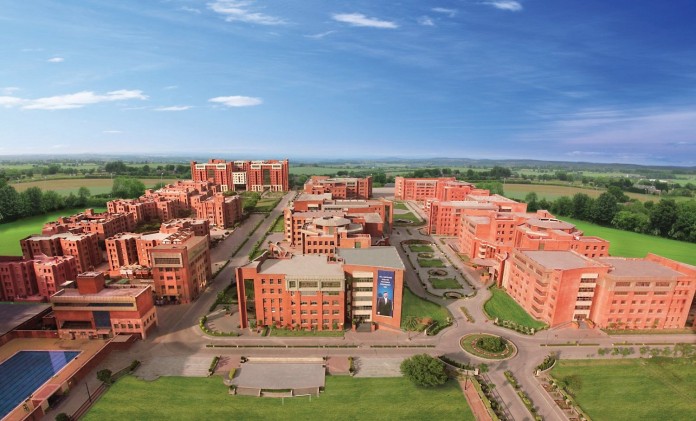 Amity University Gurgaon has been established under the Hariyana Act 10, 2010 by Hariyana Government of Hariyana on April 26, 2010. It is a university that believes in sculpting education that is based on values and morals. They believe in not just educating a student but make them a good leaders with social and professional skills. With the students from India and 25 countries, it provide a multi-cultural environment that gives their students a global outlook. From science, law, management to law they are offering 130 programme at UG and PG level. Amity University Gurugram is India’s only University and Asia’s 2nd to be awarded the LEED (USA) PLATINUM CERTIFICATION which is the highest standard worldwide for environmentally responsible and energy efficient green building design, operation and maintenance.

The AUH is a Fully Industry Integrated University providing a global platform for nurturing talent. Achieving academic excellence expresses the core philosophy of Amity University Haryana. The University is committed in integrating education with human values, in pursuit of interdisciplinary research, nurturing innovations, development of innovative products and innovated systems in an environment of living and learning in harmony with Nature.

They have many different qualities those can be described as:

– Keep on upgrading themselves with new trends.

– Can learn foreign language by adding any language into their courses that is compulsory.

– Have experience of foreign Amity campuses for 6-8 weeks to add more values in their education.

– Tie ups with 100 international universities in order to exchange students and teachers.

There are over 400 faculties who are dedicated to not just education but also integrating it with human values to nurture leadership and innovation in several fields with the ratio of 1:12.

They have adapted a industry collaborative admission process to find better future professionals. This process begin with a written test either paper or system based. Then their will be group discussion and at last personal interview. But it can varies a little from program to program.

From over 150 stylish, smart and air conditioned classrooms to hi-tech lab, AMITY university have everything that a perfect university must have. They have Learning Studios, Diverse sport facility. Also for students, AMITY’s hostel have capacity of 3000 students with Wi-Fi servies, 24*7 health support, ATM, departmental store. With several branded food outlets and cuisines they offer lively mess and cafeteria. Also they have 24 hours guard patrolling for students safty.

As said AUH’s main focus is to nurture a professional with qualities that makes him good individual. Some are:

What do they think of Indian Education System:

As for fact, I may be one of the oldest education system but if we compare us with that time there has been loss in human value in education. However, serious concern is being voiced about poor employability and credibility of research and its relevance to solving the pressing problems of the society and industry. Further, there has been a loss of human values in the education system.

Education is not just imparting knowledge but developing capabilities, competence and character together transforming the students into industry ready responsible citizens who shall devote to the service of society and Mother Nature. I must not hesitate to add that India of our dream cannot be created without giving top priority to the quality, relevance and credibility of our education system. Amity University not just making professionals who are oriented to the job but also individuals who are focused in making a better planet, humans and country.

A reputed academician, Prof. P.B. Sharma, currently the Vice Chancellor of Amity University Gurgaon has been the founder Vice-Chancellor of Delhi Technological University and also founder Vice-Chancellor of Rajiv Gandhi Technology University. Prof. Sharma is a former Professor of IIT Delhi, former President of Engineering Science Division of Indian Science Congress, former Chairman of Indian Society of Mechanical Engineers and former Vice-Chairman of World Confederation of Productivity Sciences, India Section. A Doctorate from University of Birmingham, UK, Prof. Sharma during his professional career spanning over 47 years has made distinguished contribution to the advancement of frontiers of knowledge in the areas of Aero Engineering Technology, Power Plant Engineering, New and Renewable Energy Resources and Knowledge and Innovation Management.

Recipient of many awards and recognitions Prof. Sharma has been conferred with the Honorary Degree of “Doctor of Engineering” by his alma-mater, University of Birminghamin July, 2013. Prof. Sharma has been awarded the Scroll of Honor and Eminent Engineer’s Award 2008 by Institution of Engineers (India) and Lifetime Achievement Award by Institution of Industrial Engineering (India). Prof. Sharma is a fellow of World Academy of Productivity Sciences, Fellow of Institution of Engineers (India), Fellow of Aeronautical Society of India and also a Fellow of ISTE. He has been the Chairman of Central Counseling Board of MHRD and also an Expert Member of the apex body Central Advisory Board of Education, CABE of Government of India. Prof PB Sharma is currently the President of the Association of Indian Universities, AIU.

President AIU, Vice Chancellor Prof. Sharma is a man of vision, an institution builder, a breakthrough leader with speed leadership qualities and is known for his relentless pursuit of relevance driven excellence and for promotion of World Quality Education, Research, Innovations and Entrepreneurship. 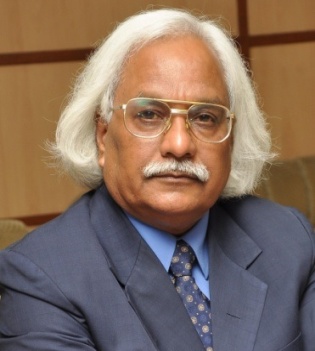