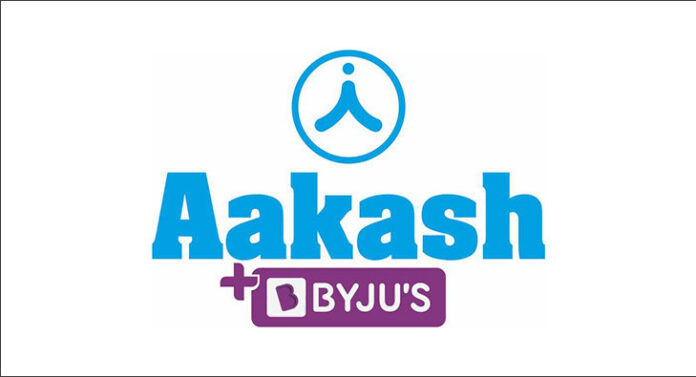 New Delhi, December 05, 2022: An impressive 62 students from Aakash BYJU’S, the national leader in test preparatory services, have cleared the prestigious Indian Olympiad Qualifier in Mathematics (IOQM) 2022-23 Exam. IOQM is conducted by the Mathematics Teachers Association of India MTA (I) which is the first stage and further stages are conducted in association with the Indian Association of Physics Teachers (IAPT) and Homi Bhabha Centre for Science Education (Tata Institute of Fundamental Research) – HBCSE (TIFR).

The qualified students will now compete nationally in the stage 2 of the Olympiad known as the Indian National Mathematical Olympiad (INMO) on 15th January 2023.

The number of students clearing the IOQM exam from Aakash BYJU’S has increased consistently year on year. In 2021, out of total selected students for next stage, 10.4% students were from Aakash BYJU’S which has now reached to 13.2% in the recently declared result.

Congratulating the students on the impressive results, Mr Abhishek Maheshwari, Chief Executive Officer, Aakash BYJU’S said: “Congratulations to all our students who have cleared the IOQM exam 2022. It is testament to the consistent efforts of these students, the dedication of our faculties and the quality pedagogy imparted by Aakash BYJU’S. Many thanks to the parents for trusting us and extending their support. We wish the students all the best for the next round.”

The student undergoes some theoretical and experimental sessions and only 35-40 students from all over India compete against each other to Qualify for International Mathematical Olympiad Training Camp (IMOTC). During the camp, orientation is provided to students for IMO and emphasis is laid on developing conceptual foundations and problem-solving skills.

Moving forward, only 4-6 students who qualify for the Pre Departure Camp undergo some rigorous training programme at HBCSE for which special laboratories have been developed. To help the students, resource persons from different institutions across the country are invited to the training camps.

The last stage which is International culminates with the participation of the Indian students (4-6) in the International Mathematical Olympiad. The students are accompanied by 2-4 teachers or mentors.

Aakash BYJU’S aims to help students in their quest to achieve academic success. It has a centralized in-house process for curriculum and content development and faculty training and monitoring, led by its National Academic Team. Over the years, students from Aakash BYJU’S have proven selection track record in various Medical & Engineering Entrance Exams, Scholarship Exams and Olympiads.

With over 34 years of operational experience in the test preparatory industry, the company has a large number of selections in Medical & Engineering Entrance Exams and several Foundation level Scholarship exams/Olympiads, a pan India network of 295+ Aakash BYJU’S Centers (including franchisee), and an annual student count of more than 3,30,000.