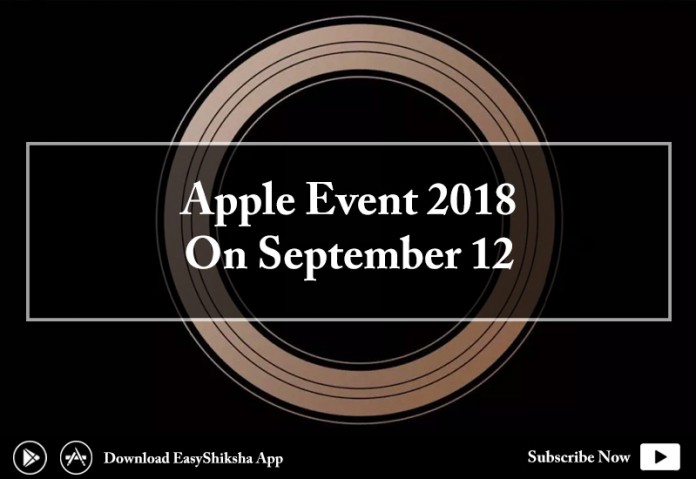 Apple has sent out the notification for its 2018 event that will take place on the September 12 this year. This is raising so many question to the public. Now only choice fans are having is to wait for Sept 12. Once again the event will be held at Apple’s Steve Jobs Theater at Cupertino, California that is situated in its campus.

The company follows a rhythm with its smartphone announcements, unveiling a major upgrade every other year, and minor updates in off years. Last year, though, it skipped the minor update to mark the device’s 10-year anniversary. Instead of an iPhone 7s, it jumped straight to an iPhone 8 and an iPhone X (for the number ten, not the letter). It remains unclear how the company will handle device naming going forward.

Apple is expected to unveil three new iPhones — each with the iPhone X design including Face ID and no bezels. The big rumor for the Apple Watch Series 4 (if that’s what Apple calls it) is a new design focused on increasing the screen size — possibly without increasing the overall casing. If we see new iPads unveiled at the event, we expect to see two iPad Pro upgrades with Face ID and no Home button.

In terms of Mac updates, there is a lot in the pipeline that could possibly warrant its own event, maybe even alongside iPads, but here’s what we expect this year: