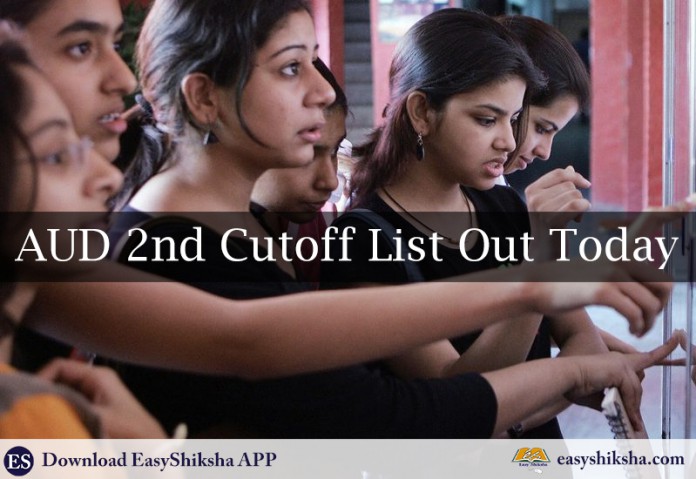 AUD (Ambedkar University, Delhi) has announced it 2nd cutoff list in the evening of the July 10. General Candidates who are looking for seats in popular courses are lucky, seats are still available in there. But the bad thing is that the cutoff is dropped in the second list. In English, previous cutoff was 92.5% and now this is 89.5%. This was for the NCR students. Students who have not studied in NCR, their list dropped by 1.75 pct to 3.25 pct.

The third cut-off by the University will be released on July 14 and the fourth list on July 18. The new session for the year 2017-18 will begin on August 1. The first list of the Ambedkar University was higher than the Delhi Univesity with the highest cut-off at 100 per cent for some courses.

“The demographics of the country have been changing rapidly. Everyday several new people come to the cities with new aspirations. However, many factors come in the way of these aspirations, which make it difficult for people to achieve good jobs or even tertiary education. The single most important factor in this regard is incompetency in English language,” said Prof. Menon.