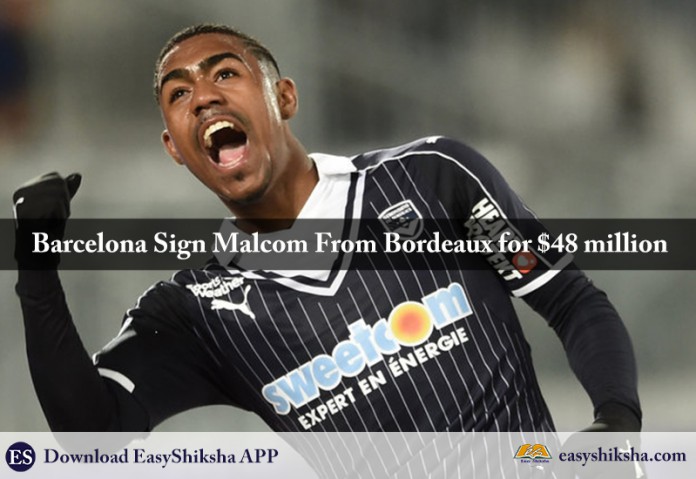 Barcelona have reached a deal to sign Bordeaux winger Malcom for £36.5m – a day after Roma said they were on the verge of signing him. The 21-year-old Brazilian has agreed a five-year contract with Barca. Roma announced on Monday they had reached a deal with Bordeaux subject to a medical and personal terms.

Roma’s sporting director, Monchi, has commented on their failed move for Malcom in a video on the club’s official Twitter feed – and appeared to lay the blame with Bordeaux. The Spaniard also said that the club may consider legal action. “It is easy to explain, but hard to understand,” Monchi said. “We reached an agreement [on Monday] with the player, his agent and Bordeaux. He was due to arrive for his medical at 11pm. Everything was done, so we were calm and confident.”

Barca face Tottenham in Los Angeles on Saturday in the International Champions Cup, when Malcom could make his debut for his new club. However, if he’s not included in the squad for that game, he could, coincidentally, come into the reckoning for the Blaugrana’s match against Roma in Dallas next week. It would add even more intrigue to the fixture at the AT&T Stadium, given Barca will already have one eye on avenging last season’s shock Champions League exit at the hands of the Serie A side.