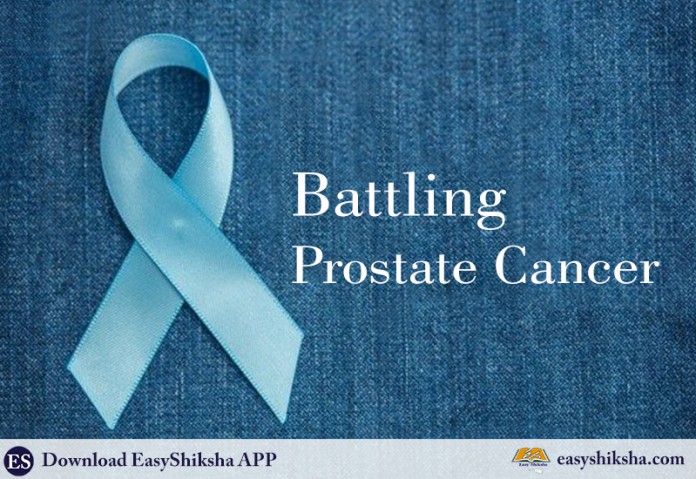 The prostate is a small gland in males having a support function in reproduction. The gland supplies seminal fluid which helps the sperm in males to travel and survive. The prostate cancer is a rising disease in the male population all over the world. In India, data reveals that out of all the cancers rising in India prostate is a significant one.

Dr Gagan Saini, Principal Consultant, Department of Oncology, Max Healthcare says, “Research shows that Prostate is the second leading site of cancer among males in large Indian cities like Delhi, Kolkata, Pune and Thiruvananthapuram, third leading site of cancer in cities like Bangalore and Mumbai. Places like Chennai of lately, recorded a statistically significant trend in the rising trend in the recent years.”

Research further reveals a shocking fact of prostate cancer being the second most common cause of cancer worldwide and is expected to grow to 1.7 million new cases by 2030 simply due to the growth and ageing of the global population.

Dr Gagan Saini says, “That age is revealed as a major factor in the diagnosis conducted and confirmed is true. However, as it may be a dominating factor, it is not the only factor. There are other important factors like family history. Genetics play an important role in cancer patients also. Besides these, other factors are lifestyle and dietary habits.”

Statistics also reveal that genes for the disease can run in family. Men who have a relative with prostate cancer are twice as likely to develop the disease, while those with 2 or more relatives are nearly 4 times as likely to be diagnosed. The risk is even higher if the affected family members were diagnosed before age 65.

Elaborating on the symptoms that one should be aware of, Dr Gagan Saini says, “While Frequent urination, especially in the night and sometimes very urgently, difficulty in holding back the urge to urinate, interrupted flow of passing urine, burning sensation while urinating can indicate prostate cancer, these symptoms are not characteristics of the disease and may occur very commonly in benign prostatic enlargement. It is important to know that these are also symptoms of diabetes and several other conditions.PSA screening is currently recommended in men aged less than 70 years of age after proper counseling and imparting information. For this age group it is recommended to undertake a yearly assessment of total PSA levels in blood to gauge increased values and the velocity of its increase to make an informed decision about offering biopsy to these patients.

Awareness of the disease, particularly if one has a genetic pre-disposition, a known clustering of prostate cancer aliases in family, particularlyyoung ones, makes a difference in recognizing these signs.

Certain other symptoms include blood in the urine or semen, pressure or pain in the rectum and pain or stiffness in the lower back, hips, pelvis, or thighs.

Dr Saini reveals that there are possibilities of preventing prostate cancer. However, there is no guarantee that avoiding certain dietary factors or including them in your diet are a sure pill for prevention. “One has the choice of sticking to a low-fat diet, eating more fat from plants than from animals, or increasing the consumption of fruits and vegetables each day, eating fish because fish has ;Good Fat; with Omega3 which helps in prevention. Limiting the consumption of dairy or dairy products also contributes to prevention. Maintaining a good exercise regime, having supplements within the range prescribed can all help in prevention.”

Prostate cancer is curable. Eating right, sleeping right, exercising right is not going to eliminate the risks but only control them to a minimal extent. If you have a genetic disposition and are above 45 years of age, you need an oncologist to eliminate any doubts and take the right treatment to cure the condition if you have contracted it.

Dr Gagan Saini is a Radiation oncologist with Max Healthcare. He extends his expertise of over two decades to patients who come under his wing for treatment for cancer. Dr Saini has worked in Fortis Healthcare and AIIMS earlier. He has studied in the prestigious AIIMS for medicine and specialized in oncology there.