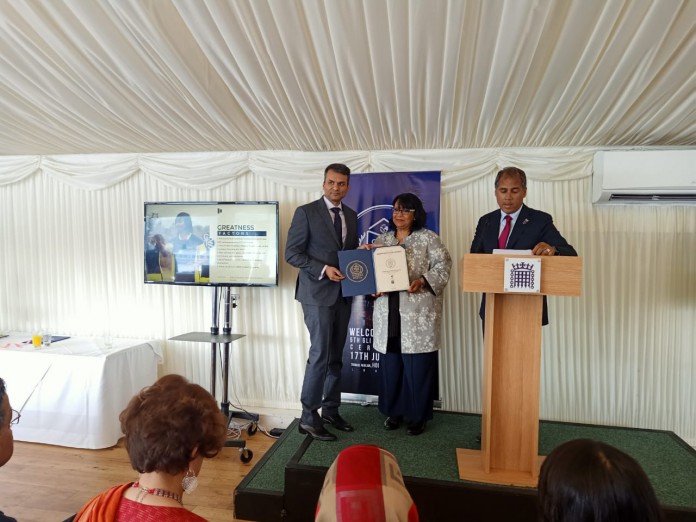 New Delhi, July 18, 2019: The Rabindranath Tagore University (RNTU), which is India’s first skills university established in Bhopal by the AISECT Group of Universities, has received the prestigious Global League Institution (GLI) Certification by the Great Place to Study (GPTS) at the 5th GLI Certification Ceremony held recently at the illustrious House of Commons (UK).

The ceremony was hosted by Baroness Sandip Verma, Chair of the UN Women National Committee for United Kingdom and Member of the European Union Committee. The GLI Certificate was received by Mr. Abhishek Pandit, Executive Vice President, AISECT Group, on behalf of RNTU.

The ceremony was organized by GPTS, a global education research and technology firm, which is engaged in rating and certifying universities and schools on the basis of satisfaction survey, from both students and parents. The GLI Certification awarded by GPTS recognizes the tremendous contribution of the institutions towards the future of education and unwavering dedication towards elevating the education standards in India.

RNTU is among the 60 qualified schools and universities across India that have been bestowed with the badge of honor of GLI Certification and recognized as the one of finest institutions of the country. The University was acknowledged for its progressive teaching methodologies and unique education models. 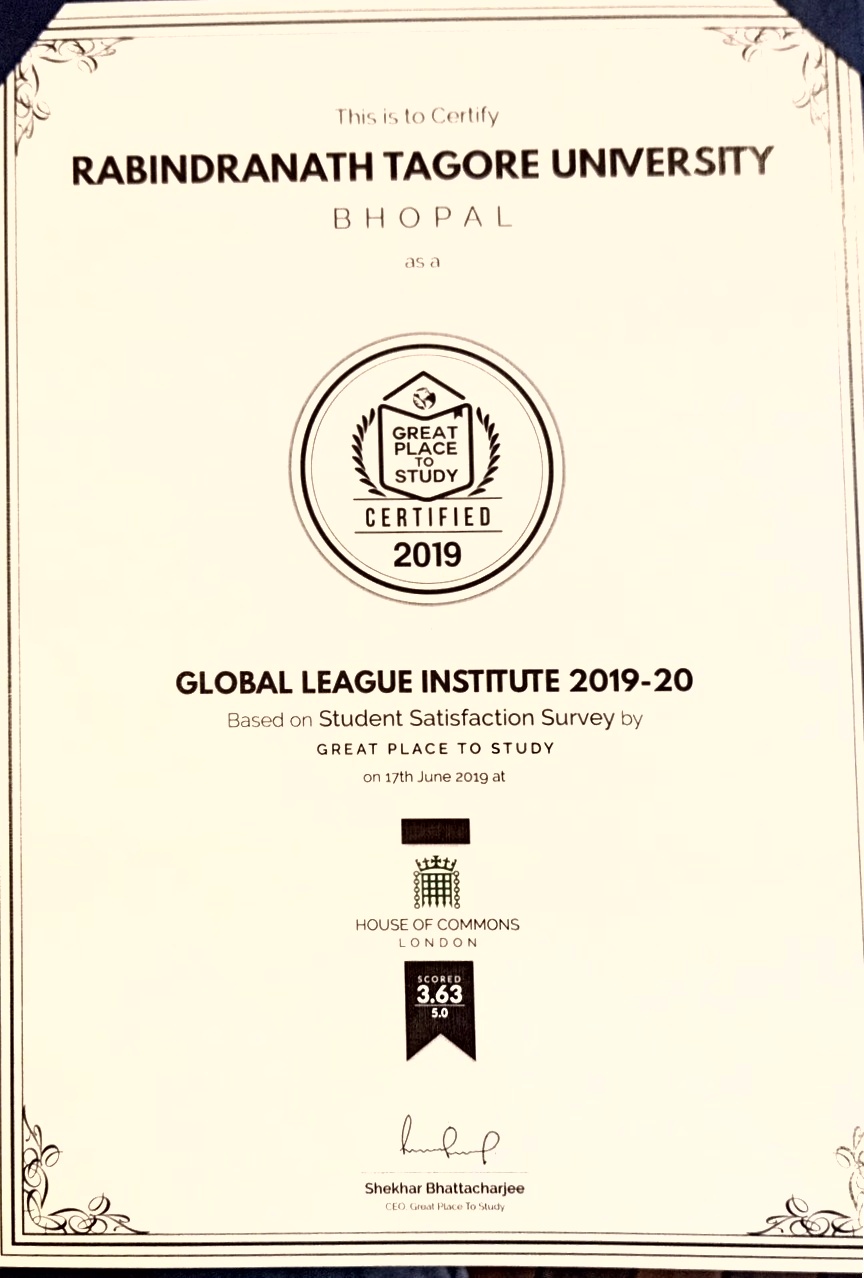 Commenting on the honour, Dr. Ashok Kumar Gwal, Vice-Chancellor of RNTU, said, “RNTU has always been a progressive university with a focus on research and skills-based education. Being certified as the Global League Institute by GPTS further strengthens our position as leaders in the higher education domain in India. While there are numerous higher education institutions in the country, there is a lack of institutions providing quality education with a focus on making their students job-ready. We are the country’s first university to incorporate compulsory skill development courses that are aimed at equipping the students with industry relevant skills.”

He further added, “We are committed to the overall development of our students, in order to groom them into qualified professionals. With the recognition of our teaching methodology at a global platform, we are determined to further innovate and provide the best to our students. We hope to change the dynamics of higher education in the country and lead India towards world-class education with focus on practical and industry relevant learning.”

RNTU, formerly known as AISECT University Bhopal, was established in Raisen district of Madhya Pradesh in 2012 as India’s first skills university. In a short span of time, it has established itself as the leading educational and research hub of Central India. Furthermore, RNTU was ranked among the top 200 Universities of India by NIRF in 2019. The University seeks to provide overall cognitive development to its students by laying an equal focus on soft skills, personality grooming, entrepreneurship incubation, liberal & performing arts as well as sports and cultural activities. The University has a partnership with the National Skill Development Corporation (NSDC) as well as various Sector Skills Councils such as BFSI, ASCI, ASDC, GJSCI and RASCI to provide short-term certificate courses for skill development. Key research areas at the University are renewable energy, agriculture, biotechnology, literature, arts, material science, nano-technology and environmental science. So far, RNTU has published over 1000 research papers.