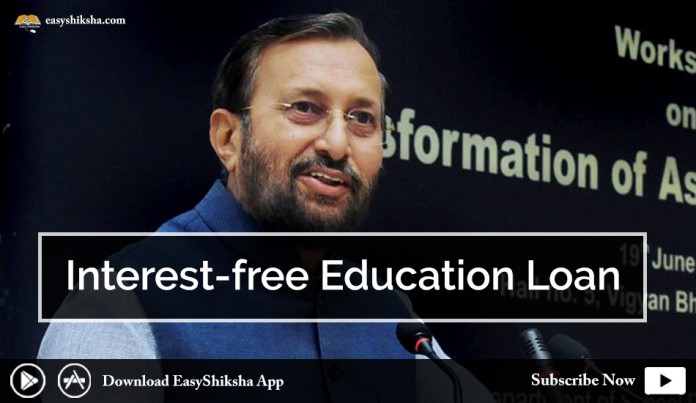 The Union government will increase its annual allocation for interest-free loans to students and digitalize over 15 lakh classrooms as part of its resolve to ensure quality education in the country, said Union Minister Prakash Javadekar Monday. The annual budget to provide interest-free loans to 10 lakh students would be increased to Rs. 2,200 crore in next three years, said Union Minister for Human Resource Development Javadekar, addressing the 2nd Higher Education Human Resource Conclave here.

Over 15 lakh classrooms from standard 9 to post-graduate levels would be digitalized under ‘Operation Digital Board’, he told the conclave, organized with an aim “to promote an environment of innovations, employability and entrepreneurship across the country”.

Under the present BJP-led government at the Centre, it has been increased to Rs. 1,800 crore to benefit over 8 lakh students, said the minister, addressing the conclave, being attended by education ministers of various states, including those from Rajasthan, Manipur and Uttarakhand.

The conclave was also attended by representatives from various universities and colleges along with the HR managers, corporate leaders and employers, start-ups, CSR agencies and venture capitalists from across the country, besides educationists and senior government officials.

Demonstrating the government’s resolve to metamorphosise education in the country, Mr Javadekar said when Prime Minister Narendra Modi-led BJP government assumed charges, the country’s education was pegged at a mere Rs. 63,000 crore, which has now gone up to Rs. 1.10 lakh crore.

He said the HRD ministry has allocated Rs. 4,000 crore each for the first and second phase of Rashtriya Uchchatar Shiksha Abhiyan (RUSA) while the phase-three scheme was in pipeline.

The ‘digital classes’ would improve the quality of education and bring about a radical change, said the minister.

The Centre aims at launching ‘Operation Digital Board’ in all schools in five years, said an official release earlier, adding the venture would “ensure quality, equity, accessibility and accountability in education by pro-active action and plan”.

The novel venture aims at empowering students “with 360 degree information with interesting learning experience and increased teachers’ accountability”, it had said.

Interacting with college students in various districts of the state via video conferencing, Mr Javadekar said “the digital technology has changed our lives.”

“I am happy that Hindi and other Indian languages are being used more than English on Google,” he said.

The minister also lauded the improvement of educational standard in Rajasthan, saying the state has entered a new era on educational front.

Speaking on the occasion, Rajasthan Education Minister Kiran Maheshwari listed the state’s various innovations and reforms in higher education in the last four and a half years.

She said 81 new colleges were set up in the state and 75 others were provided funds to add to their infrastructure.

Manipur Higher Education Minister T Radheshyam Singh urged educationists participating in the conclave “to connect, engage and participate” in his state for upgrading its education system.

He said “people believe the Northeast is limited to Assam and Guwahati, but it is much more beyond that.”

He urged people to visit Manipur and participate in its development, and said the state has one Central University, besides a ‘cluster university’ and 40 colleges under RUSA.

A cluster university is an initiative of the centrally-sponsored RUSA to create new universities by upgrading existing colleges and converting them into a cluster.

Cluster universities have also been set up in Jammu and Srinagar. This helps colleges to introduce new courses and engage in more research work.

Uttarakhand Higher Education Minister Dhan Singh Rawat said his state would organsie ‘gyankhumb,’ an important, two-day conclave on education, in Haridwar from November 3 to 5. The event will be inaugurated by the President Ram Nath Kovind.

Get Course: Linux-Technical-Interview-Q and A