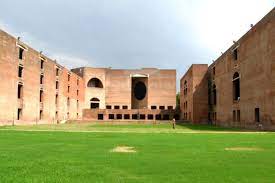 October 1st, 2021: At a time of rising government debt in conjunction with the adverse effects of COVID-19, a study carried out by the India Gold Policy Centre (IGPC) at the Indian Institute of Management Ahmedabad (IIMA) has revealed a glimmer of hope for countries that have been diversifying their foreign exchange reserves by increasing their holdings in gold.

The study finds that high levels of Central Bank gold reserves have a strong impact in reducing the sovereign credit risk of that country in international markets.  In the current scenario, the findings therefore seem to have positive implications for India.

A first of its kind, this study of global markets was conducted by the team of Sawan Rathi, a doctoral student in Economics, Professor Sanket Mohapatra, IIMA faculty in Economics, and Professor Arvind Sahay, Chairperson of India Gold Policy Centre (IGPC) and a faculty in marketing and economics at IIMA.

The researchers considered five-year sovereign credit default swap (CDS) spreads for 48 advanced and emerging market countries over a 20-year period, from 2000 to 2020 for measuring the economy’s default risk. The data was mapped against information on Central Banks’ gold stocks obtained from the World Gold Council database.

The study reveals that higher central bank gold reserves reduce future uncertainty and reinstate confidence in investors as well as policy makers. The research reveals a negative and significant association of sovereign CDS spreads with the central bank gold holdings of an economy. The researchers noted that the likelihood of a credit ratings downgrade decreases with larger gold holdings of central banks by reducing future uncertainty and reassuring confidence in investors and policy makers.

A higher GDP growth, greater fiscal strength, and larger foreign exchange reserves can result in reduced sovereign credit risk as expected, while higher debt is associated with greater risk of debt default of a country. A better institutional environment, proxied by the Rule of Law index compiled by the World Bank, is associated with lower sovereign risk.

Sharing his views on the policy relevance of the findings, Professor Arvind Sahay, Chairperson, India Gold Policy Centre, IIMA, said, “Due to necessary countercyclical fiscal stimulus and a build-up of government debt during the COVID-19 crisis, sovereign credit ratings of both advanced and emerging market economies have come under pressure. In 2020, Moody’s downgraded India’s sovereign rating to Baa3, highlighting its weak fiscal position as the primary cause of credit restriction.

The findings of this cross-country study suggest that higher central bank gold reserves can help in stemming a further deterioration and provide support to the credit ratings of countries such as India.”

There has been a general increase in the RBI’s stock of gold reserves since 2018.  Stating this, Professor Sanket Mohapatra, says, “Central bank gold reserves have been known to aid in diversification of overall international reserves and may boost returns during extremely low or negative international interest rates. Our study shows that they can also have a positive impact on sovereign creditworthiness, particularly during times of financial market volatility and crisis episodes.”

Professor Mohapatra maintains that a more active involvement of gold can diversify India’s overall international reserves portfolio and is optimistic about gold playing the role of a stabilising agent in India’s external position.

India Gold Policy Centre at IIMA is a centre of excellence, conducting research on global gold markets. The centre works closely with government of India as an advisor on various policy initiatives and undertakes multi-disciplinary, thematic, applied research in several key areas relating to the use of gold as a fungible financial asset.

The Indian Institute of Management Ahmedabad (IIMA) is a premier, global management Institute that is at the forefront of promoting excellence in the field of management education. Over the 60 years of its existence, it has been acknowledged for its exemplary contributions to scholarship, practice and policy through its distinctive teaching, high-quality research, nurturing future leaders, supporting industry, government, social enterprise and creating a progressive impact on society.

IIMA was founded as an innovative initiative by the Government, industry and international academia in 1961. Since then it has been consolidating its global footprint and today it has a network with over 80 top international institutions and a presence in Dubai. Its eminent faculty members and 40,000 alumni, who are at the helm of influential positions in all walks of life also contribute to its global recognition.Over the years, IIMA’s academically superior, market-driven, and socially impactful programmes, have earned high reputation and acclaim globally. It became the first Indian institution to receive international accreditation from EQUIS. The renowned flagship two-year Post Graduate Programme in Management (PGP) is ranked 20th in the FT Master in Management Ranking 2020 and the one-year Post Graduate Programme in Management for Executives (PGPX) has been ranked 48th in the FT Global MBA rankings 2021. The institute also is placed first in the Government of India’s National Institutional Ranking Framework (NIRF), India Rankings 2020. IIMA offers consultancy services and more than 200 curated executive education programmes in customized, blended, and open enrolment formats for a diverse audience comprising of business leaders, policymakers, industry professionals, academicians, government officials, armed forces personnel, agri-business and other niche sector specialists and entrepreneurs. 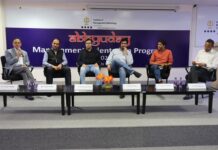 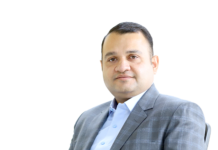 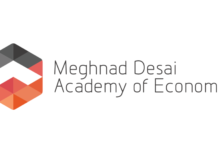 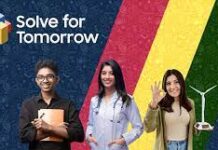 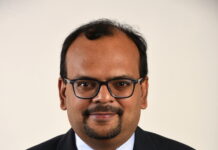 Psychology research aims to address the way we view plants

Deakin University, Australia signs a joint doctoral agreement with AcSIR, India to offer research opportunities in science and engineering for students in India and... 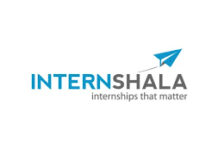 IMT Hyderabad organizes Panel Discussion on “Making the best out of...

Utkarsh Classes & Edutech to ramp up hiring in Tier 2...