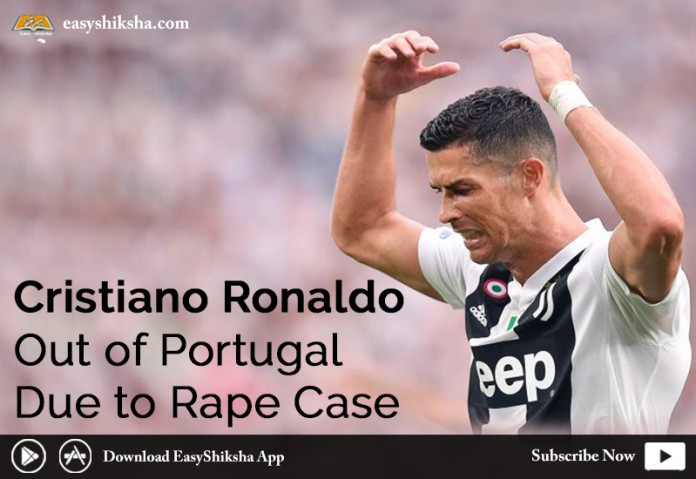 Cristiano Ronaldo, Football Legend, is put out of the Portugal squad for the friendlies against Poland and Scotland. Ronaldo clearly denies of all the accusations on the twitter on Wednesday. Portugal is about to face Poland on October 11 and Scotland in next 3 days to that. But this case has affected his image. Nike is in doubt to feature Ronaldo in its ads.

“I firmly deny the accusations being issued against me,” Ronaldo wrote on Twitter. “Rape is an abominable crime that goes against everything that I am and believe in.” Las Vegas police have re-opened the complaint made by Mayorga, who is said to be suffering “psychological” damage from the incident.

I firmly deny the accusations being issued against me. Rape is an abominable crime that goes against everything that I am and believe in. Keen as I may be to clear my name, I refuse to feed the media spectacle created by people seeking to promote themselves at my expense.

My clear conscious will thereby allow me to await with tranquillity the results of any and all investigations. — Cristiano Ronaldo (@Cristiano) October 3, 2018

Attorney Larissa Drohobyczer of Stovall & Associates, the law firm representing Mayorga, told reporters in Las Vegas on Wednesday that her client shows signs of post-traumatic stress disorder, according to a psychiatrist hired by Stovall. Mayorga’s lawsuit accuses Ronaldo and his team of taking advantage of Mayorga’s fragile emotional state to coerce her into signing a settlement and nondisclosure agreement in 2009. ——————————————————————————————————————————————- Get free online test series for exams like Bank PO cleark and SSC, Railway with EasyShiksha. Sign up and get a free account for every mock test. With EasyShiksha free account you can access free online courses and career helper. Press the bell icon for latest Govt. Jobs, Tech, Sports, Results and Current Affairs updates.