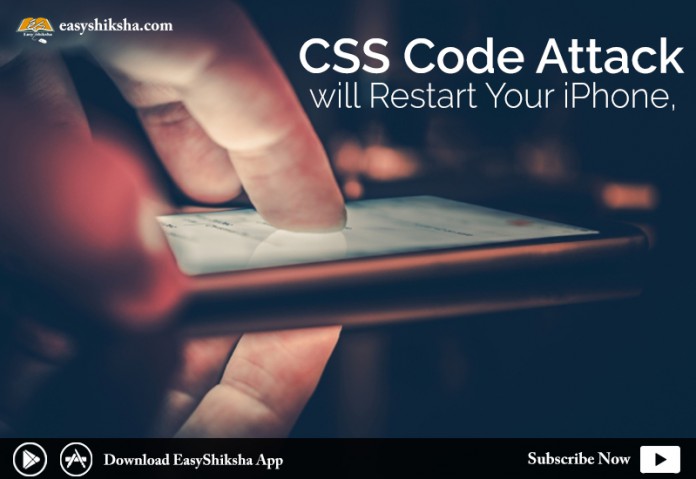 A security researcher has shared a new link that can cause iPhones, iPads to crash or reboot and restart. CSS Code The bug affects any iOS device, reports 9to5Mac. This is not the first link to come up that causes iOS devices to crash, but unlike a lot of other links that spread over iMessage notifications, this needs to be opened in Safari browser. The report confirms that the bug affects iOS 11, iOS 12 and also causes some desktop web browsers to freeze up.

How to force restart any iOS device with just CSS? 💣

Haddouche also added that a tweaked version of CSS code can affect MacOS as well, making more Apple products vulnerable. He said that Apple has acknowledged the bug and is currently looking into it. We have reached out to Apple for a statement and will update this story accordingly. Thankfully, this hack doesn’t put any of your data at risk, but it is still quite annoying.

How to entirely freeze ChromeOS / Chrome in one line of JS? 💣

IF YOU WANT TO TRY (DON’T BLAME ME IF YOU CLICK) : https://t.co/UhoUFWej4p

The researcher says he already notified Apple of the issue before publishing the code on Twitter.

“I contacted them using their security product email,” Haddouche told ZDNet. “They confirmed they received the issue and are investigating it.”

Haddouche told ZDNet he discovered the vulnerability while researching reliable denial of service (DoS) bugs on multiple browsers. At the start of the month, Haddouche also published another exploit that crashed Chrome and Chrome OS with one line of JavaScript.