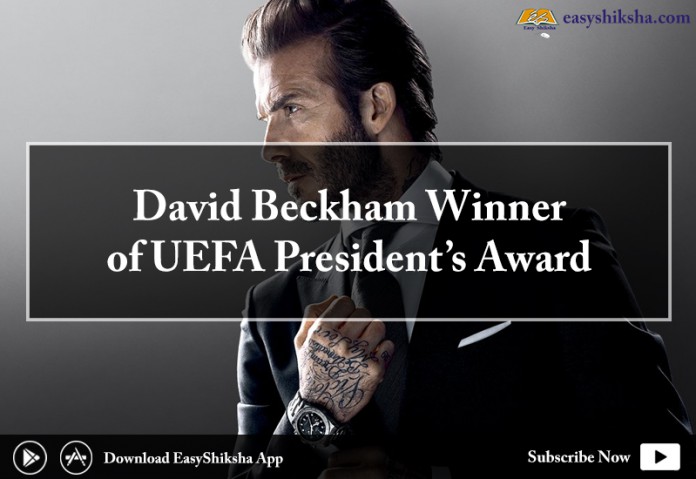 Legend David Beckham who used to play for Manchester United and England will receive the 2018 UEFA President’s Award, in recognition of his remarkable career and humanitarian efforts, the sport’s European governing body said on Tuesday.

Remember his set-pieces in the 1999 #UCL final? 🏟️ pic.twitter.com/vTiAeuvigH

David Beckham is to be honoured by Uefa for promoting football in “every corner of the planet.”

“I have chosen David Beckham as the recipient of this year’s award because he has been a global ambassador for football, promoting the game and all its values in every corner of the planet. His tireless humanitarian efforts, which have helped the lives of many children around the world, should also be celebrated.”

The accolade, introduced in 1998 but not awarded annually, “recognises outstanding achievements, professional excellence and exemplary personal qualities,” according to UEFA.

“My career in football allowed me to actively participate in helping to improve the lives of numerous children across the globe in cooperation with UNICEF and it gives me great pleasure that I am able to give something back to society,” Beckham said.