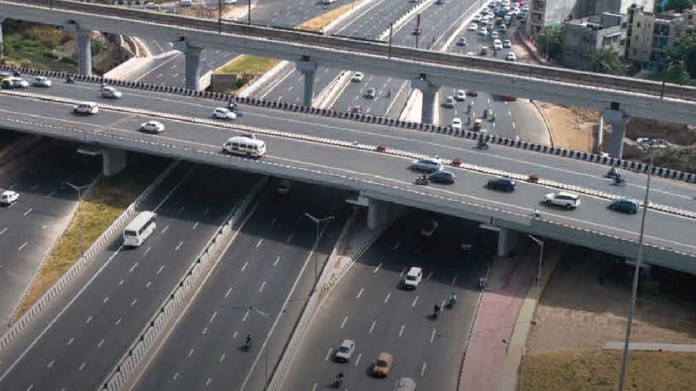 Meerut: Meerut, located 72 km north-east of New Delhi in Uttar Pradesh is one of the ancient & the second largest city in NCR and the state of UP. A planetary city of the national capital, Meerut has transpired into a commercial hub and is known world over for its sports goods and musical instruments market. The city has also witnessed a spike in the number educational institutes popping up across it. Being an old settlement divided into two parts- the cantonment and civilian areas; it has a bustling population. The civilian area of the city is spreading far & wide and has swallowed the suburban areas of the past decades into its fold.

Meerut is shaping through fast-paced infrastructural development; it is becoming the utmost attraction for buyers to invest in housing and commercial projects. The proposed RRTS will offer inter regional connectivity and will pave ways for developers to build projects propelled by the reducing distance.

The upcoming Meerut Metro is another key project which will have a great impact towards the city’s development. The north south corridor of Meerut Metro has been aligned with RRTS network of Delhi-Ghaziabad-Meerut by National Capital Regional Transport Corporation. Regional Rapid Transit System (RRTS) network will provide commuters with seamless connectivity from Meerut to Delhi, Gurugram, Alwar and Panipat without interchanging as it is an interoperable mode of transport. With this feature, RRTS will offer Multi Modal Connectivity in which two major RRTS stations will be connected with Delhi Metro, ISBT’s , Railway Stations and Roads. RRTS will be connecting road, rail and airport hubs with Meerut.

The proposed RRTS will provide an important fillip to the infrastructural development on Delhi-Meerut-Gaziabad stretch. The corridor will begin from Sarae Kale Khan in Delhi and end at Modipuram in Meerut. A trip from Delhi to Meerut takes two to three hours, depending on traffic congestion and condition of roads. The corridor is expected to minimize the travel time to just 55 minutes as the train will run at an operational speed of 160 Kmph and average speed of 100 Kmph.

Areas that would benefit from RRTS and are likely to see a boom in both residential and commercial development include Mohan Nagar, Raj Nagar Extension, Duhai, Murad Nagar, Modi Nagar, Meerut South and Central, Begumpul and Meerut North.

Appreciating the development in Meerut, Ashish Sarin, CEO, AlphaCorp said, “Meerut is one of the fastest growing cities of NCR. With the upcoming project of RRTS, it will boost the connectivity among other regions and will change the entire landscape of the city towards ultra-modern development. The city will be one spot destination for both residential and commercial projects in NCR. This will benefit both the home buyers and developers.”

The operation of RRTS will play a vital role in boosting the real estate sector of Meerut. The residential segment is expected to mount as significant portion of city’s population works in Delhi NCR but is unable to invest in properties there. They would now be able to invest in properties at an affordable price, dwell in Meerut and easily commute to Delhi, once the RRTS becomes operational.  It will also help in rapid development and urbanization in NCR and lessen permanent immigration into Delhi while facilitating the city’s advancement.

“RRTS will have a huge impact on easy commutation to Delhi, Ghaziabad and Meerut as it is one of its kind public transport in the area. It will boost the connectivity among these regions and will also result in high appreciation of prices in Meerut’s real estate industry”, Sarin added.

Other major developments like the 96km long, Delhi-Meerut Expressway connecting Delhi with Meerut via Dasna in Ghaziabad would become more effective. It will provide faster & safer connectivity between the regions and is expected to reduce the road travel time by 40 minutes. It currently takes two-and-a-half hours to reach Delhi from Meerut.

The areas along NH-58 are also likely to be a dark horse in the growth of NCR after the operation of RRTS project as the major part of the corridor will be through it. Three townships are planned along the RRTS route. The first one between Murad Nagar to Modi Nagar, second from Modi Nagar to Mohiuddinpur and the third in Meerut allotment authority zone. The townships are projected to be developed on about 1,000 acres of land giving yet another opportunity to real estate developers to bring up projects.