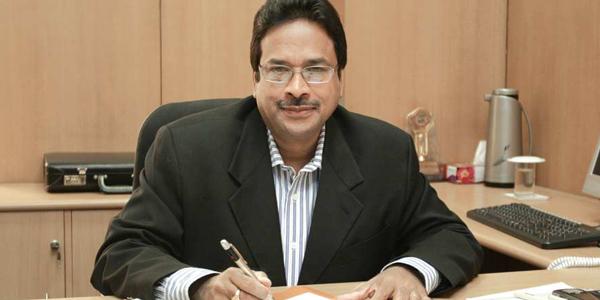 The Holden Medal for Education, by ‘The Textile Institute, Manchester, UK’ will be conferred on Dr. Darlie Koshy, DG and CEO ATDC (Apparel Training & Design and Centre ) and IAM (Institute of Apparel Management), for his outstanding contributions in technology based education at the levels. Dr. Koshy will be conferred the award at The Textile Institute World Conference Award Dinner in Poznan, Poland on 28th April ‘16.

The Textile Institute was founded in the year 1910 and was chartered by the British Government in 1925.The Institute has Individual and Corporate members in upto 80 countries; membership covers all sectors and all disciplines in textiles saymanagement, art, design, fashion, economics, science, engineering, research, production, marketing, selling, retailing, education and training etc. The award is made to an institute member only.

Expressing his pleasure on the selection for the prestigious Holden Medal for Education.Dr.Darlie Koshy, DG and CEO ATDC & IAM said, “I am delighted to be selected for the Holden Medal for Education by The Textile Institute, UK which is truly an International recognition.  No single individual can claim the ownership of ideas and transformation of Institutions like NID or NIFT or ATDC and IAM where I have spent nearly 3 decades.  The Institutions are bigger than the people.  Yes,I feel indeed happy and honoured that I have got the opportunities when I did for the contributions I have made in Education especially  in the areas of design ,fashionand management education.

Dr Koshy has been an educationist par excellence and has been a recipient of many prestigious awards and accolades including IIT Alumni award for contribution to Nation development and the Indian Star of solidarity and the OGTC Path Breaker Award, 2014 etc From the beginning of his stint at ATDC he has focused on the idea skilling to reach the youth and disadvantaged section of society and scaling up quality Vocational Skill based education has been a passion for him. Dr. Koshy hails from Chengannur near Kottayam in Kerala; Dr. Darlie Koshy had completed his formal education in Kerala.After completing his schooling he did his graduationin University College, Thiruvananthapuram and MBA at CUSAT, Kochi.After initially working with  Karnataka State Handlooms and later at Hantex(the Kerala State Apex Handloom Cooperative) as its ChiefMarketing Manager,  he became the MD of the  Kerala State Handloom Development Corporation during the late 80s.He moved to the National level as the General Manager of National Handloom Development Corporation in Lucknow and then to NIFT, New Delhi to expand his horizons.

He was the Director, National Institute of Design, Ahmedabad for two terms. He was also the Founding Head of Fashion Management at National Institute of Fashion Technology(NIFT). Ever since he undertook the stewardship of ATDC the institute has grown in size and scale  tremendously across India which at one point crossing 200 Centres across 125 Cities and 23 States having trained 2,50,000 Candidates in 5 years.