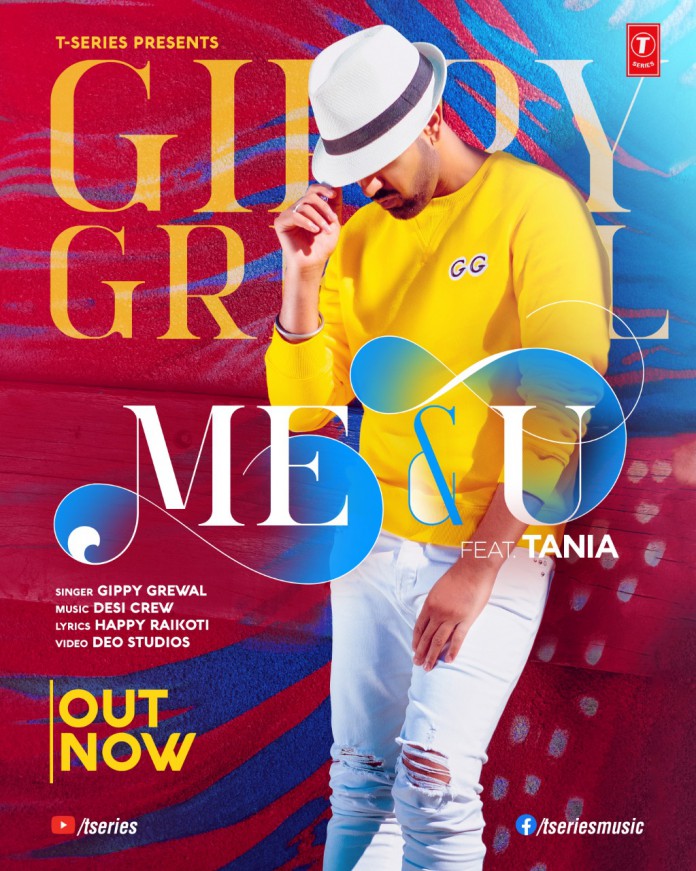 A breakthrough artist from Punjab, Gippy Grewal is among the most popular names in music, with several chartbusters under his belt including Phulkari, Angrezi Beat, Oscar and Car Nachdi among others. As an actor he has to his credit Punjabi blockbusters such as Carry On Jatta, Lucky Di Unlucky Story, Bhaji in Problem and Jatt James Bond, Jihne Mera Dil Luteya.

Known for his upbeat, high tempo dance music, the actor-singer is now out with ‘Me & U’, a touching, romantic song, presented by Bhushan Kumar’s T-Series.

Written by Happy Raikoti, with music by Desi Crew, ‘Me & U’ is a novelty for Gippy Grewal fans across the globe, who enjoy his range as a versatile artist.

Featuring Gippy Grewal and actor Tania of Punjabi films ‘Qismat’ and ‘Sufna’ fame,  the video of ‘Me & U’ is directed by Deo Studios and was shot across Canada and India.

The makers went all out to ensure that no stone was left unturned for the music video of this song. Several portions of ‘Me & U’ were initially filmed in Vancouver. However, it didn’t meet the team’s standards and further went on to be shot in Toronto and India. The team also worked on the melody of the song several times over until they got it just right.

Talking about what makes this song special, Punjabi sensation Gippy Grewal says, “It’s been a while since I’ve done a sad, romantic song. The last was my single ‘Sooraj’ with T-Series, so it’s always a special surprise for my fans when I come out with a rare song like ‘Me & U’. This song has a Punjabi folk element to it. We wanted the Punjabi music listening audience to have a sense of familiarity when they heard it. We also went the extra mile to ensure that everything from the melody, the lyrics and the music video were perfect and something that the audiences will hopefully remember even a decade later.”

T-Series presented Gippy Grewal single ‘Me & U’ is composed by Desi Crew, with lyrics by Happy Raikoti. The music video featuring actor Tania is shot by Deo Studios.  ‘Me & U’ is out now on T-Series’ YouTube channel.